Because, We Know What's Right... 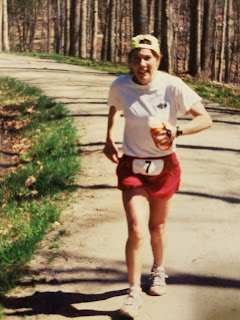 We should bring the voting age down to sixteen. The reason why the voting age should be sixteen, is that those adolescents are just two years away from being considered an adult.  And that change, profoundly affects their future.  As well at seventeen, a person can join the military service with their parent’s permission, perhaps being put into ‘harm’s way’.

At age sixteen kids can drop out of school. Why is that legal? It shouldn’t be. If you can’t vote at age sixteen because you’re too young.  Then, why should you be allowed to quit school? Or to take on the burdens of an adult, and work longer hours? Where, you’ll eventually most likely be paying more taxes over time to the government. As well, you will be forced to drive a vehicle further earlier in your life, raising your car insurance rates?

We’ve raised the drinking age and the age of the use of products with nicotine in them. Which were both smart ideas. This was to give young adults a ‘Healthier’ and ‘Safer’ start to their future.

If we parents are expected to provide medical coverage for our children till age twenty-six, let us dissect the reasoning for that. Is it that the insurance companies, who have grown with greed lobbying to the ‘hilt’, now have us by the ‘politicians’?

Or is it that we’ve grown complacent with how our public and other school education institutions operate? Or when it comes to teaching our children nutritional healthcare? Because you see, if we truly allowed cutting edge nutritional education of children in grades K through 8. What would we have?  Let me tell you. Less illness. Lower medical costs earlier in life, perhaps throughout life.

If we decided as a society that our schools offered meals limited by what is able to bidden for. What then? What if we offered ‘only’ antibiotic free meats, and non-GMO dairy products, what then? What if we did NOT offer ice cream, chips, cookies and the like, what would we do? I’ll tell you what might happen. As a matter of fact, I’ll give you an example:

When I was in second grade, we learned how harmful nicotine was and that it was in cigarettes. Now mind you this was the late 1960’s. My Dad was a heavy smoker. He smoked Lucky Strikes and Camels, unfiltered cigarettes. He was a one to two pack a day smoker. And by the time I was six, I knew this was deadly. So, one afternoon after school my Dad stood in the kitchen. My mother was on the other side by the kitchen stove. I stood a few feet away from my Dad.

My Dad took out a cigarette. I remarked, “Daddy don’t do that, it will kill you. I love you.” He smiled an impish grin with the cigarette hanging from the midline of his mouth, ready to light a match. “Don’t you worry about that.” He replied. He lit the match. I blew it out. His steel blue eyes immediately grew big. He looked through me. “Don’t you do that, young lady.” My mother said nothing. My Dad went to light up again. Again, I blew the match out. He scowled, “Young lady, I’m going to kick you across the room.” I was petrified. Yet, I wanted to do the right thing. I was trying to save his life. “Sorry Daddy. But I love you.” I heard my mother gasp, upon him threatening to harm me. He queried, “Where did you learn that?” I replied, “At school Daddy.” He responded. “It’s none of your business.  Don’t do it again.”   I acquiesced. And never did.

Not only did I never blow out anyone’s match as they lit up a cigarette in front of me again. As well, I did Not become a smoker. I was one of the ones who pushed for a non-smoking environment, even in the Marines. I even did a speech on it in college. I openly pushed for it in the workplace in the mid to late 1980’s. I was LOUD about it. I wanted to embarrass those who chose to smoke. And, I have to say I haven’t changed.

Flashforward now here I live, I have nearly none of the illnesses my parents were plagued by. I have birth defects from the drug-hormone DES my mother took when she was pregnant with me. Which has caused me pain and distress for all the life I’ve lived since I can remember.  I have asthma, yet I’m on no medication. I control it with diet, positive thoughts and exercise. I’ve had asthma since 1977, which was toward the first year of my parent’s marital separation.

About five years ago, my internist whom I respect said, “My new staff (a huge hospital took over the medical practice he is in) does not understand why you’re are not on any medications. I can’t even explain it to them.” I replied, “Well, you know my diet. And you’ve known me nearly twenty years. You know why I’m here? Right? I have a fight coming up.” He nodded. He has seemed always so cool with my ultra-marathoning and MMA fighting. I continued, “So, the EKG, tests so far good. Right?” He replies, “Amazing. You have the lungs of a Blue Whale. EKG is great. It’s your diet. It’s obvious. They just are not used to seeing that.” I replied, “Yeah the nurse appeared angry that I was her mother’s age and not on some drug or something.” I smirked. He nodded.

Funny now I look back and I recall as we now wear seatbelts, by the way I did a speech on that in college too. People in class shunned me in the early to mid-1980’s for that. As God-given, I stood my ground there too.