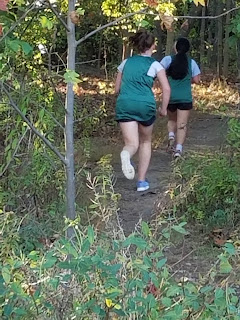 There are instances in life when someone achieves something in sports, where there are those who want to take credit for it. Or think that they could've done a better job at playing and or at coaching it. I am certain it happens quite often privately inside sport loving minds. Yet, I've witnessed it publicly.  And I'm not directing this to the aspect of social media.   I'm speaking of the pseudo-coaching-parents criticizing from the bleachers. If you ain't helping. Guess what? You ain't helping. Helping is watching.  Helping is, if you know something that lacked in your child's body movement that he/she could be aware of.  And it is something that you could discuss at home prior to the event, then fine.  As well, knowing it could be congruent with a coaches’ thinking. Perhaps, it’s something simple like bending their knees to prevent an injury and getting a better result. Or perhaps to quash a child's frustration. If the coach is unavailable, that might be a feasible prospect that you as a parent may have experienced and understand.
Trust me, it's one thing to discuss something after the event, privately. Perhaps, later at the dinner table as the child may bring up why they hit the ball a certain way. Or why they are saying, even when their team won, that they themselves think they didn't play well. Even if no one on the team says anything of the sort to them, after the event. If the child brings it up, then it is open for discussion.  It’s quite another thing for a parent to criticize a player or a coach while seated in the bleachers. Even if the coaches, the players, nor the referees are in earshot, the spectators do hear it. I’ve seen parents barrage the coach after a meet or game with ‘woulda’, ‘shoulda’, ‘couldas’ to the coach. I find it not only uncool. Yet unethical, as the parent seems to be lacking in self-discipline, aligned with their own self-importance and a flair of arrogance, to boot.
Losing a game, a match, an event, etc... is part of the lessons from the school system that demonstrates once again an important aspect of life and living.  Playing sports, is just that. Its playing. Learning to take instruction from someone other than a parent, outside of academia. The coach may not appear perfect, but they have that coaching position most times for a good reason. By the way, plenty of times high school coaches coach out passion for the sport first. The other two areas that might be reasons for them becoming a high school coach, are making a few more dollars, and school politics. As this does actually show the administration that the teacher who takes on a coaching job, that he/she truly wants to go the extra mile, showing teamwork and loyalty to the school system. If that is their agenda, so be it. It can be and most times is a noble agenda to have. ---Jody-Lynn Reicher