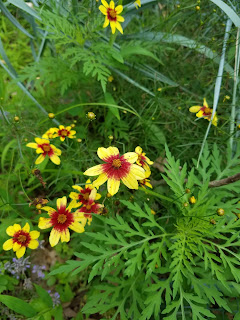 If anyone can recall their elementary public school days, you should be able to recall who your first elementary school principal was. Hopefully, that is. The reason why I say this is, usually you were deathly afraid of being sent down to the principal’s office. If that happened, your mother would be called. And depending on the family you grew up with, well it wasn’t going to be a pleasant experience. Like most elementary school-aged children, you were petrified.

Some of you who are younger reading this, may wonder why I use the word “petrified”. As history would have it, and the world spins on its axis, I was born in 1962. Yes, the Cold War was in existence. We had a President assassinated. The Civil Rights movement was in its everlasting tumultuous evolution, as was the sexual revolution and gender identity. Too, many may want to forget the Vietnam War ramping up and what that brought to the table when it came to individual behaviors. And the ramifications of stress by something as seemingly simple as having your child sent to the Principal’s office for wrongdoing.

For whatever reason, I was born a ‘Goodie-Two Shoes’. I was rowdy only with my older brother and his friends. I adhered to the old “Children should be seen and not heard” adage. When around adults outside of my home I sat pretty as a young lady was supposed to, saying nothing. However, I disdained every single aspect of being a ‘little lady’. Wearing dresses was not my gig.  The elementary school I attended also demanded a certain attire. Dresses, skirts and sometimes nice slacks, were fine for little girls. However, outside of that, no matter how hot the temperature may occur before school ended, shorts were not allowed to be worn by girls in school. That rule was so ridiculous to the point, that when  Coullottes were allowed to be worn in my fourth grade year, my mother celebrated. Yes, the stern, staunch, yet long fused Catholic known as my mother celebrated a sort of girl’s freedom of attire.

So, here I was masquerading as a ‘Goodie-Two Shoes’ to the outside world, with little exception. Another story for another time. So, one would wonder why I so feared people of authority, especially the Principal. Oh, our Principal.  My Principal’s name back then was Mr. Bailey.  And little did he know, on my off-school hours I’d run around in my brother’s shorts in the summertime bare-chested. It was not just my brother I was playing tag and ‘Hide ‘N Go Seek’ with, neither. It was the neighborhood kids playing in our rented backyard of the barn-house we resided in.  My parents allowed this, till a little eruption was about to occur.

One day at school during my fourth grade year, we had an assembly. This assembly appeared a tad unusual. Up until this point, I’d never really remembered Mr. Bailey getting up and speaking much at any other of the assemblies. Seemingly, it was as if he were the Wizard of Oz. If you were a ‘Goodie-Two Shoes’ that was. If you obeyed the rules, you didn’t see the Wizard of Oz, a.k.a. Principal Bailey.

So, this day, they gray-suited, older, balding man known as Principal Bailey stood on a stage-like platform in our gym. The children were all seated, and everything was hushed to hear a pin drop. He walked back and forth a bit, with a slight-serious smile held on his face, shoulders rounded. He said a bunch of words, as I sat up straight, as if an eight-foot rod had been jacked up my butt through my spine. Then came some magic words I never forgot. He wound down his speech, “…So, to remember the difference in spelling one principal to a principle…” He paused, smiled a bit more and remarked, “A principle is a rule. The ending letters are P-L-E. Mr. Bailey is your Principal. Which ends with P-A-L. So, the principal of a school is your Pal. And I am your Pal.”

I nearly fell off my chair, stunned by this scary, rigid-thinking man’s claim. It flew off the principled pages of being a principal. There I assessed the principal was to be my pal.  From then on, I became so aware of what a principal does. How he or she should act. The many hats they wear. Which affected some of how I raised our children.  Also, how I spoke with other parents when they were, what I consider cruel to a public school principal. Behind his or her back, is where I saw it usually.  My thoughts were expressed in private to my husband and our children. It was showing them that observations versus our own internal dialog are at just as important when desiring a judgement in viewing the world and the people in it around us. At the end of the day, most times the principal is your Pal. ---Jody-Lynn Reicher