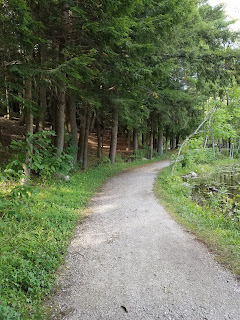 The hustle and bustle of getting your child ready to apply, select and see colleges of their choice; perhaps yours too, can be an all-consuming process.  When my husband a few years ago suggested hiring a college counselor. I thought maybe. I also had the thought, that guidance counselors in our public school system handled college counseling with our help. And that hiring a college counselor outside of the school system was for the very privileged. Not something I thought we were able to afford being of an economic middle-class status. As he was a high school math teacher and I had my own therapy business, which was not profiting like it had due to the economy since 2008. As well, the increasing cost in overhead of having an office.

I knew college counselors who were clients of mine. One whom would be someone if I were to hire Bill, I would most definitely trust. However, my husband knew a retired counselor from the inner-city school system where he taught. He knew this man named Mickey Gilbert since 1994. I knew Mickey as Bill knew him too and held him high regard. As much I could trust Mickey I did not know if we could afford him. And in our town, which is surrounded by wealthier towns, none of the other parents I knew or spoke with, mentioned hiring a college counselor.

A number of years ago when I would hire high school students to work very part-time in my office, I’d listen to them. They didn’t make as much a deal on college selection. However, the clients that came in who were either high school students readying for college or their parents, that is where I heard the most discussion on applying and selecting colleges.  Some young ladies who were clients, were so upset when they were rejected from a college/ university of their choice, they’d cry in my treatment room. I did show compassion. However, I have to say I truly did not understand their duress. I know why.

It was because I was never presented with any opportunity for someone to help me pave the way for me to go to college. As well, in my day and the low economic status I grew up in, I could not fathom anyone paying for me to go on to a higher education.  Girls in my family weren’t going to do that. Instead, I went into the Marines to pave my way, to advance myself. And then hopefully earn enough money to go to college.

In late 2019, Mickey Gilbert knowing his friend, my husband was dying, he gave of himself selflessly. He responded to hearing the bad news of my husband’s Stage 4 Inoperable Pancreatic Cancer diagnosis and said, “I will take care of helping your oldest daughter in the college applications and selection processes for free, for you Norman and your family.”  And there it was. A great gift, indeed. I was stunned. I knew it would be a lot of work for Mickey. But he offered with no reservations. Mickey spear-headed what I could not, especially after my husband passed just before our oldest began her senior year of high school.

She applied to about thirteen colleges/universities. Mickey began the meetings around the time my husband passed in mid-July of 2020. I was uncertain of how much input I should have. I knew to trust Mickey and our oldest to work things out.  Yet, I’d call every two weeks or so and check in with Mickey to see if there was anything I should do.  He had me remind her of small things and would give me a verbal report on the process and where they were at. So, I’d remind her that she had to re-write a letter for one of the other colleges that she’d applied to.  I refrained from bringing up the processes too much. Especially at the dinner table, when she needed to converse with her sister and vent about her day to me.

When I saw her stressed at times, as she was loaded with AP and Honors courses having a full schedule. She as well maintaining a 4.45 GPA, holding down two jobs, and working as much as forty hours a week. That during this school year, being her senior year.  Whereas many of her acquaintances were stepping back a bit.  She remained driven more than ever. I acquiesced to the point of what some would consider an overdrawn mothering example of catering to a child’s whims and wants. Yet, I saw them as needs.  It wasn’t that the needs weren’t wants. It was that I know how driven my husband was and how driven I am. And I also know taking small things off someone’s platter when they are stressed, can create a healthier auto-immune response for the giver and the taker. So, I saw it as a survival technique of necessity.

One way I catered to her, was offering to make her homemade Cuban Espresso or coffee. Bringing it to her where she was about to have class. Note much of the school year was remote. This being due to the pandemic. The stress on children has been and is still quite high. And I can assure you, my two daughters are tough. They survived as infants and orphans under third world country circumstances. And they’ve had to contend with appearing ethnic in a very homogenous white society to boot. As well, there are areas where I do ‘hold the line like the Pope’. An expression my husband used to say.

In the end, I crammed in six college visits in two weeks during this pandemic. She had seen three colleges with my husband just before her junior year (July/August 2019). Calling ahead, knowing what six colleges we were going to, five were closed. Yet, we could drive around them as nothing was barricaded. We did a few virtuals of those colleges before flying out to some and driving to others. We went through the rigors getting tested, quarantining and the like for those visits to compromised areas. But we did it. All told I will be doing this again in the next year and using Mickey Gilbert to counsel my youngest for her college applications and processes. ---Jody-Lynn Reicher