Where are we now…? 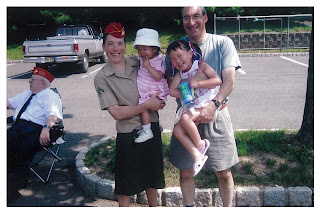 Where are we now…?

Today marks a year that we here in New Jersey became profoundly affected by a pandemic.  We had the beginning of a form of lockdown, state-wide.  I remembered thinking, ‘Can I go outside, social distancing as I run alone? Is that allowed?’  There were multiple questions I had back then. Usually what I do is go to the source. Government documents, New England Journal of Medicine and the like that would affect my family, my clients, my friends, my business in general, and our society.

I had a few things going for me though. First, because my husband had Stage 4 Pancreatic (tumor) cancer; I was already cleaning our bathrooms and kitchen sinks and the like three to four times a day. Next, since his diagnosis in late November, I’d stopped my jujitsu training to be there for he and our family members. I kept my training to running outdoors, doing weight work, bag work and the like at home.  I was never a gym-person anyway.  When it came to my business, most of my clients are on prescription for the type of therapy I performed. In that as well, I was privy to hearing peopleple's mental mumblings.  Then, there were the outright alarms from clinicians and the like before the general public was coming to grips with what lay on the horizon.

After my husband’s ill-fated diagnosis in late November 2019, I prayed that God would steer my business to the point where I would be Divinely guided as to know when to quit. I’d been in the business too long. Doctors over the past two decades wondered how I was holding up. I ignored the bad news on my hands/body, and continued to work. I was used to pain and still am. I’ve learned to work with it and around it. Its’ what I’ve done nearly all of my life, dealing with birth defects, sport injuries and injuries from the unforeseen. And oddly enough, three weeks after his diagnosis my business slowed down drastically. I breathed. I breathed a sigh of relief, although not knowing how I’d make ends meet eventually.  I decided not to care about it.  There would be no worrying about monies at this point, God would provide.  Something Divine would happen. And I knew I nearly had no control over the fate of many things, so I breathed. I relaxed and got ready for the death wave.

You see, I saw it coming. I was warned by a medical professional, a friend in 2006. And then I noticed something in 2013. I told a friend, “We’re in big trouble…”  She told me in the nicest way to ‘shut up’. I shook my head and said, “Sorry but I’m seeing something. I hope I’m wrong.”  Then years passed and I dreamt it. Similarly, to how I’d dreamt about 9/11. Yeah, those are some of my dreams. I don’t ignore those dreams. And I can never forget those dreams. They become embedded in my whole mind, seemingly forever. I run with them, train with them, drive with them, living with them. And those visions may remain  because I know people would think of my dreams as silly.  Like its’ never going to happen. But somehow, I can’t stop the visions in my head.  Yet, something inside me tells me the vision will occur. It tells me to be prepared. Take heed. I take it as a blessing.

What I also witnessed in December 2019 that slowed my business down, was people weren’t recovering from what they thought was the ‘typical’ flu.  And by the time they had, it was near February and I was holding back on taking too much business in a week. As I did, I recaptured my writing. Yep. I was being directed somehow in a wonderful way that not only enlightened me. But as well filled my soul.  Life in the midst of death, was filled with this rich enthusiasm. Even as my husband of thirty-six years was dying.  Dying at home. As well, all of our futures lay uncertain. I didn’t have time to feel bad, wrong, ugly, impatient, sad, sorry for myself. All the negatives we would like washed away, were.

Then it came. It arrived officially in our towns, some doorsteps. The reverberations were felt in every crevasse. Which increased fears. Hatred unabashedly, unfettered reared its ugly head in full form. But you see, it was already there. Even as I’ve pointed it out to my husband in the early years of our marriage in the 1980’s, he denied it. I’d pointed it out again in the 1990’s. His innocence denied its existence in the realm I knew it to be true.

You see, he like others who’ve not been in war, or had violence happen in front of them, nor to them often, cannot always pickup on the vibes that are so deeply disturbing. Because when they do; they try and shake them off, like ‘the chill down your spine’ that arrives when something detrimental has or is occurring. That ‘chill down your spine’. Is a reminder that you’re vulnerable. That uncomfortable feeling of knowing, not knowing. Of knowing you now are to worry over things you have very little control over.  Yep. That’s one nasty feeling.

So now, as we sit here some thinking its’ over. What? The pandemic.  That we’ve either been rescued by some incredible vaccine. Its’ all been fake. Or we are too young to die or to catch ‘it’. Or that we assume we are too healthy to receive death’s intoxication. Those aforementioned thoughts, I’ll take my chances in guessing, they are all overly-assuming and are all wrong. Death and illness still have their grips. And yes, it is mostly the weak, the pregnant, the old, the compromised that entertain the pandemic.  However, in my witnessing this I have many thoughts.

One is, no one at this time should throw caution to the wind. No matter who you are. I’m saying this, because that is what was witnessed yesterday on the playgrounds, no masks. Children and parents smooshed together as if living in a sardine can. I guess they forgot about the grandparents. Or their favorite teacher, who unknown to them is suffering an autoimmune disease or is pregnant with her first child. Yes, I’m riding the storm, keeping my precautions. Although tight and not having grabbed a cup of coffee out since 2019. Nor having dined out in over a year. Always having masks handy, wearing them where they need to be worn. As well, staying away from any and all get-togethers. With the exception of the outside burial of my husband this past summer with all proper precautions with mask-wearing and social distancing outdoors.

As I ride this storm, I witness my own responsibilities and how they fan out to society.  That’s easy for me, I’ve always been that way. I’ve always scrutinized everything I do, and its’ effect on others. Just like discipline your born with some, but you must practice discipline daily throughout your life to gain the level of consciousness that I have. I have a ridiculous amount of discipline. It was my prayer and my goal over fifty years ago every night as a child when I lay in bed praying alone.

Regardless of how any of us may feel ‘tribally’ on this pandemic issue, it is real. We still must take heed, for it will make a better living. A belter society.  One we’ve needed forever.---Jody-Lynn Reicher