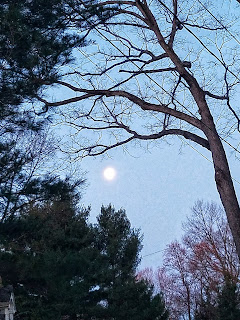 As I’ve stood back or sat in the back of an auditorium or playground, to purposely be removed from notice. I now over the past year have remained doing the same. Only now, from an even further distance from people. I’m the observer, I guess.

I can say quite frankly, I find people to be as they always have been, Cruel. Cruel to one another, regardless of relationships or the lack the thereof.  I make excuses in my mind/soul so I can stomach being around them. That is when I need to be around them. People.

What the past year has demonstrated rather loudly to my soul is, what are people thinking? Or rather, what are they not-thinking. The collage of experiences I’ve had are quite numerous. I know of no one who has experienced all of my predicaments. I noticed the self-importance of one over others. And for what?  Nothing really. Ego, perhaps.

Just another day in the jungle. The difference is, I know what I’ve lived for.  And I know now why I keep living. I don’t need to witness or experience a new invention. Neither do I desire to witness or be aware of either of my children developing a relationship, perhaps getting married or such.  That is all such a bore. It does not excite me, not one iota.

Rather, I want my kids to escape the doubters, the naysayers. Ignoring the path that others have taken and desire for them to follow in those same pathways. For they are boring, unproductive and filled with discontented, and financially-stolen idiots.

I see the human race as a self-destructive bunch of idiots. As a child up until very recently I gave excuses to people. However, I will no longer do that, based on the greed, self-centeredness and the moronic behavior of adults unrelated and related over the past year. I witness clearly now, human behavior and its many flaws.  Flaws will not account for. They will lie, they will cheat, and they will steal to look pretty, to gain wealth, to gain power.

Good God I could name names of people in my very own town and what they’ve done. But I won’t. It’s too ridiculous.  People would ignore it.  Hec, they won’t even read REAL in depth articles on a virus that may or may not kill them.  And they think they’re immune.  But the bottom line is, they are not.

As I said to a former boss whom I respected nearly three decades ago, “It’s coming to a theatre near you”.   And I will add, so is hell. Where you go from here, is not about religion. It’s about morals. The fake morals you think you have, you don’t.---Jody-Lynn Reicher