The Agenda of Always 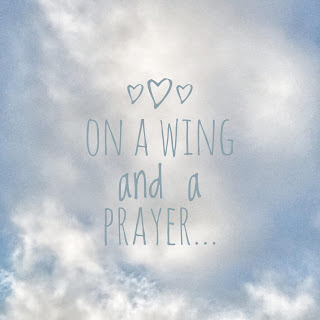 I don’t do it because I have to. I do it because I want to. I don’t think many people comprehend that. Most I think, disregard their own depth in understanding. Why? Mostly laziness. Laziness to work on themselves, or with themselves in their present condition. Why the choice to opt for laziness? Sometimes its because they think, ‘what’s the use, no one will care or perhaps even know’. Sometimes it’s because they tried for something a certain way and it didn’t work the way THEY wanted it to work. So, they gave up, that’s pride. And you know what they say about pride don’t you.

Worse yet after they make their decision to forgo giving something another shot, they despise you for making further attempts that they’ve given up on. And they perceived you’ve failed, by not making the goal they’ve chosen for themselves. Well then, they are temporarily satisfied. But the way you know they’re not on your ‘team’, is the lack of verbal contact, when they perceive you to have either achieved something they didn’t or when you’ve had a loss, but you still look like you didn’t lose. Trust me, they won’t call to console you. No matter the devastation you may have suffered. Let them go. They are not yours’ to handle. As a matter of fact, it may be wise to avoid them like the plague and not even speak their name.

I learned this to be the truth as I approached my fifty-first birthday, now many years ago. My MMA fight coach and I were having a private training session. He stated exactly what I needed to hear. And comically he was being facetious. He knew what he was doing. He was trying to make me see other people’s jealousy, so I wouldn’t feel hurt.  That’s the sign of a good coach. He also knew me well enough for me to have compassion towards their ineptness in their attempts to make me feel bad, and/or to make me quit doing whatever it was I was doing. As they blamed me for making them feel their own inequities. Profound, isn’t it?

I’ve encountered this everywhere, every place… When I do something, it’s because it feels right. It’s not because I’m going to get a reward, a medal, some compensation, etc… Quite conversely, I’m not even there in that realm. Rewards are the last thing on my mind. I had a client remark about twenty-three years ago in my office.  She, a woman twenty years or more my senior. She said, “You know what’s amazing?” I wagged my head, “No. Tell me.” I replied as I worked on her. She countered, “You don’t have an agenda.”  I replied, “What is an agenda?”  She grinned and wagged her head; then nodded. I added, “I don’t mean to sound stupid. But I’m not sure what that means. I mean, like in life.” She replied, “I know.”

Now, as I look back at that conversation, I now have an agenda. I want peace and I want to share enlightenment.  And if I’d had an agenda in the past, well it would be that.---Jody-Lynn Reicher