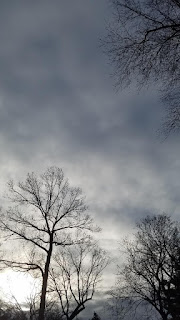 Coming up on forty years this year when my now deceased husband and I met; twelve days into this meeting we were on a date. I was off duty. It was August of 1981. We arrived on the beach in time to watch the sun rise.

Some shops opened before we had to buy our badges at that beach in Belmar, New Jersey.  Before that occurred, my new boyfriend and I had a heated discussion. Me military-minded and gearing up to hopefully, eventually going into law enforcement, something I had planned.  I knew what I wanted. I wanted to eventually go into Narcotics and Homicide. Oh, that heated discussion was about drugs, drug dealers.

It was a heated discussion, even after the new boyfriend became my fiancé, and made me swear off not going into law enforcement in order for him to consider me desirable for marriage.  Yep, that was the dinosaur age… the 1980’s. Funny enough, a few years ago I commented on what I’d dreamt about becoming and gave up to marry him.

It was not my religion, although some would think it would’ve been a bone of contention. It wasn’t my family’s non-committal to being a calm and peaceful get-together family more like he was used to.  I swore that off too.  I wanted calm and non-political gatherings. Which I knew was a better chance during holidays with his family, as opposed to mine. So, I gave my side of the family up, willingly. It was the better. A calmer choice for our marriage.

The one thing I never got over, he finally brought up a few years ago, my dream career. I had to let it go to marry him.  The things I was involved in and did as to focus on a career in law enforcement as an adolescent/child, way before I’d gone into the Marines. As well before I met him, a college boy outside of the of the military essence I enjoyed.  A well-educated young man, he was. Yet, during the 1970’s and 1980’s drugs, drug dealing to many among the college educated, was considered a victimless crime. It’s one of the things that I knew I was correct about.  That it was not harmless.  That it effects society as a whole greatly. And I wanted it and still want it destroyed.

So today as I contemplated this fictious series I’d been watching about the drug culture, that currently exists. Many people in our sometimes, ‘well-educated’, ‘well-meaning’ society are in the dark on the victimization that illegal drugs, drug dealing helps create. As well, creates in and of itself. This particular series demonstrates, what I will say here with proper knowledge… Is, that when a screenplay is created just like when a novel is written.  Just because it may be fiction, does not mean there wasn’t or isn’t a reality to it.

I say this knowingly, as what I write about in novels, screenplays and teleplays is quite close to and real to the truth of what I’ve either witnessed or experienced personally. And because I’ve had circumstances from the times I can remember as a young adult, in the military, at various parties before becoming a parent. Those parties were with high-end people, stockbrokers, people in construction, people highly educated, there was much I’d witnessed. I also saw deals going down in my travels, in blizzards there were deals I saw go down.  Amazing.

I was amazed. I was amazed that people would use their hard-earned cash, or some with unscrupulous doings purchase making the deal for the dealer. There is a threatening essence in it all, if you are me.  That straight-arrow.  The goodie-two shoes everybody at times secretly hated, because you said, “Not for me.” As you sat there eating pretzels and drinking water pool side, because you knew it was all wrong. You’re in the woods with your buddies and they’re passing it around and only your two best buddies defend you for not partaking in their pleasure.  While the rest look at you as if they need to now hold a hammer over your head or kill you later.  And then that’s why I don’t like people or parties, because then I have to leave. Suddenly, too.

So, I reiterate drugs, drug dealing is not a victimless crime. There is oh so much damage to humanity. The damage far extends into innocent lives.  And yes, there will be those people who tell me it’s not my business, what someone else does to get them high.  Well, it is my business if it involves the higher cost of healthcare, a person dropping out of high school or college to then become a waste, when it wasn’t something they’d planned on. If it makes people die. If it takes ANY innocent lives. You bet it’s my business.  We are ALL connected. Everyone of us, regardless of race, color, creed, economic standing, sexual orientation, and so forth… We are ALL connected. When one is missing, we ALL miss out. When a young person is coerced into doing wrong at a vulnerable time in their lives, we are ALL effected. Somehow, someway that is the truth. ---Jody-Lynn Reicher