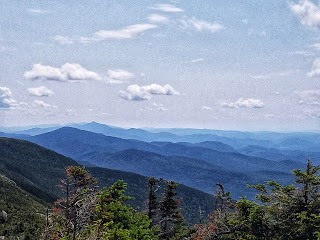 Last night one of my husband’s past teacher friends called. He was checking up on our now family of three, not including our bunnies and our piggy.

As the conversation was winding down, I piped up, “I have a really cool story to tell you.” He replied, “Yeah?” I responded, “Yes, I have to tell you this. I’ll make it short, ‘cause it’s getting late.”

I began, “So about March 2020, like about ten months ago. This woman, who I’m writing a memoir for, sends me an old clarinet. She tells me it was her Dad’s.  He was a musician.  But you see, no one else in the family was. And no one was interested in this old clarinet. So, she found out my youngest daughter played the trumpet, the mellophone, the keyboard, the guitar, and recently began playing a ukulele that my husband bought her a bit over a year ago now. So, I’m basically writing her memoir, and not asking her for any funds. I’m just enthused to write her memoir, because she is a fascinating person, that I think many could learn from the stories of her living.

So, finally I have some time, and I say to my youngest daughter, ‘Let’s go get this clarinet checked out at the music shop and see if they can refurbish and freshen it up. It’s got to be at least sixty years old.’ She remarks, ‘Okay Mom.’ I thought she’d say no. Who knew that she might be enthused. I get to this small music store. I show a woman the clarinet. She remarks, ‘Okay, we will let you know what the estimate is.  Just as she is printing out the paperwork, the man who picks up woodwinds to be refurbished arrives.  So, now the clarinet is on its way. And I will find out more about the clarinet and what needs to be done to make it whole again soon enough.

Days later, I receive a phone call from music store. They begin, ‘It’s a LeBlanc, made by Norman Wood. The LeBlanc company has been around for over one hundred years.’ I inquire, ‘So, what is it like about sixty-five to seventy years old?’ The person on the phone responds, ‘About that.’ They continue, “if you except the estimate which …’ the guy rattles off all that has to be done… ‘it will be four hundred dollars and ninety-five cents.’ I respond, ‘Great. Fix that clarinet. Let me know when it’s done.’ He then responds and says, ‘Just so you know, the guy who will be fixing it, is named Phil.’ I think, Cool. I know a lot of guys named Phil. Two are pretty good friends.

Well, come to find out. The clarinet is worth about one thousand dollars. My brother who died relatively young, played the clarinet for over thirty years. My deceased husband’s name was Norman. His first degree was in Botany, he loved wood, the woods, and was a big hiker as well. My original fight coach’s name is Phil. I have a friend in Canada, her last name is LeBlanc. All this I did not think about until I got the now fixed instrument home.  Then the magic happened.

After putting the clarinet in its’ case down on our living room coffee table, I set up dinner.  Then I’m ready to go downstairs to write some. I hear at first a squeaky clarinet noise. After thirty minutes however, I hear music and less clarinet squeaks coming from my youngest daughter’s bedroom. She doesn’t put it down for nearly two hours. Then the next day, another hour plus. I think I hear the beginning of an old cute song. It begins to sound like she knows how to play the clarinet.”

My husband’s old friend remarks, “Wow.” He tells me about his guitars that he has and his dog. Then I ask, “Did Norman ever tell you how he proposed to me?” He responds, “No. He never did.” I continue, “Well, his Dad told him basically to marry me because I was a good cook. And that it’d been long enough. It was time to shit or get off the pot.” We chuckle. “So June 10th, 1983 a Friday, Norman drives us up to Harriman State Park and he proposes to me after thirty minutes of hiking, eye to eye he faces me with no one around.”

His friend remarked, “Now that is amazing. Because Norman is the only one I ‘ve ever known to propose without fanfare in a woods during a hike. That is how I proposed to my wife. I always told Norman that I was his brother from another mother.”  We then realized as he told me where he proposed to his wife, that it was along the same mountain range as Norman had proposed to me in 1983.---Jody-Lynn Reicher