What I Cannot Ignore 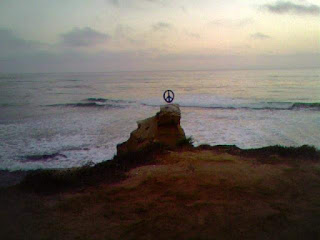 After waking up the kids for school, I gave attention to our two bunnies who wanted me to pet them.  Then I went back upstairs to listen and pray before stretching and completely rising for the day.

As I lay there in bed, praying, then listening... hearing a trumpet in the background... voices of a teacher... I glanced for a near moment to the empty space beside me. I ask myself internally if I currently feel a suffering of any kind.  The answer is, 'No. I don't'. Some people may think I do. Yet, the clear, honest answer is emphatically, 'No'.

I began to realize this morning when I suffered last. It seemed last night. It was a spiritual yearning to be back in the ring or the cage,  fighting. I thought internally then, 'I'm just so pained in not being in the Grind.'

However, this morning I had a different view, unlike fighting and being in the Grind of it. I reckoned with the suffering I'd watched of what appeared other's suffering. As that has been since about my age five.  That suffering has effected me greatly.  Whether it was watching it Live or via a Screen or over the Air waves via Radio... or over a plectron as a child.  Hearing a crying police officer over the air. Then, hearing a truck pull out of my driveway.
And, all I could do was pray. I'd lay there and pray till the sun rose or I fell back to sleep, praying.

Again, this morning... my thoughts ebbed to the Grind I miss so much. As I watched Rocky for near the over hundredth time last night. Trying to comprehend how I feel no pain practically,  even when physically pained. I have so not felt it. To the point in a sparring session, my coach looking on. He stops us for a few seconds and motions for me to wipe blood off my face.  Evidently my face is covered in blood and I'm thinking its sweat. I finally acquiesce and wipe with my short shirt  sleeve the blood off my face and shrug. He waves me over.

I walk over to him. "Your nose okay?"
I think it's a weird question,  "Huh?"
He puts his hand on my nose, apparently resetting it.  Then I feel fresh air rushing through my nose.  But I don't feel the pain.  He looks at me. I shrug, "I'm good." I go back to sparring.

I've had knuckles broken for six months... we just padded my left hand. My ribs dislocated and broken... after a while it'd come to the point, though breaks of ribs hurt... I got so used to dislocations of the ribs...to the point I'd feel fine, drive home. Say 'Hi' to my family, dinner, maybe do a chore. Go to take a shower.  Glance in the mirror and see my left ribs heading east as my body was heading west towards our shower stall.  After the third dislocation second break, coach wrapped my ribs for three years nearly every time I entered the fight gym. It had gotten to the point after the third dislocation, that I'd go to sleep, perhaps being on vacation with the family... I'd wake up with my left side heading in an opposite direction of where those ribs should sit. I got used to not worrying about it.

If I were within 48 hours of seeing my coach the call went like this, "So, Phil. Um. When I come in on Wednesday, you'll need to put my ribs back in. I didn't feel anything rolling with Derek tonight." Phil would reply, "That's gon'na hurt." I'd respond, "Yeah. Just warn your wife. I always have my mouthpiece in. I might curse. It'll be fine."

Near 48 hours later... after a training session with Phil. He went upstairs and gave his wife the heads up.  Then, I'd hear, "Jody ready? Breathe. Oh, this..." He'd sigh, you could nearly hear his head rattle as he apparently was shaking it. And yes, it was the loudest curse word you heard next. But the ribs were back in.

The only time in the essence of fighting my ribs weren't wrapped/taped was during competitions. And I never had a problem with my ribs during or right after the fight, even if they had been dislocated from a night's sleep the week before. I believe it was because I fought women mostly in competition and men on a regular basis in training. Size among the men varied as much as over 100 pounds more than I, while I boxed, rolled and such.

So, as I reflect back on what truly has pained me in life... it is not my living... It is seemingly witnessing the suffering of others, that is the most painful. Witnessing the misery of jealousy... as those that are jealous and have misguided love, hate. That causes me deep suffering that I cannot ignore.---Jody-Lynn Reicher