It’s In The Patch 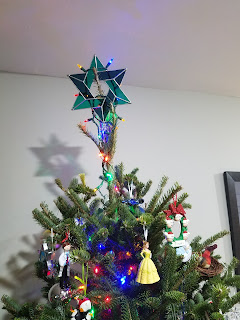 If anyone reading this can recall, the notorious “Cabbage Patch Doll” frenzy of the early 1980’s. As you may know, every little girl had to have one. My husband, Norman at the time worked as a manager for the drug retail chain, Genovese.

The higher-ups of Genovese made certain they were in stock. Yet, before they could get the dolls on the shelves, they soon ran out.  So, here the Cabbage Patch Dolls were selling… well... like better than ‘Hotcakes’.  They were selling beyond a capacity that at the time was beyond what anyone could imagine… that was how many children would be begging their parents for a Cabbage Patch Doll for Christmas.

Norman being compassionate and caring, knowing that it was truly an ‘in’ thing to have as a little girl. He  had been trying to figure out; how to get one for my little sister who was age seven, and our one niece age five then December 1983. He knew it would be next to impossible for my Mom, as well as his sister to accommodate either child. As well, my mother being ill, and working three jobs just to keep the house and pay the bare minimum on the bills. Mom truly wasn’t able to afford much for such a Christmas present for my little sister.

However, the beauty of Norman being in management for the drug chain, is that he knew when the shipment of Cabbage Patch Dolls was to arrive in the store he managed. As well as to how many and how many people knew about it and were promised a doll. The higher-ups of Genovese knew their own employees would be clamoring and jockeying for position to attain the elusive Cabbage Patch Dolls.

As Christmas week neared its closure, it seemed all was lost.  There would be no Cabbage Patch dolls for my little sister and our niece.  Then, one-night Norman came home from a twelve hour day. “Guess what I got.” Norman announced as my future mother-in-law and future father-in-law and I stood there in their living room. He was all smiles, as he placed a bag on his parent’s living room floor. Norman still smiling, pulled out the first of two boxes, each one holding the sacred… a Cabbage Patch Doll. Basically, hoots and hollers were heard with laughter at the ridiculousness of our being overjoyed by knowing two children would receive what they wanted for Hanukkah and Christmas.---Jody-Lynn Reicher