Hope and Faith, Their Potential 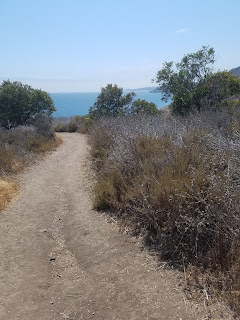 It has been a quite a while since I have produced a Holiday card and/or letter. Mostly because I’ve been writing books, screenplays, while raising children along with house duties, running my full-time business taking care of people, keeping my training in fighting and running going for the most part.

What prompted me to consider writing a Holiday letter, was that I received a Christmas card from Norman’s and my first landlord. Whom we rented from 1984 – 1990. They were a fun couple with three children. They were hard-working immigrants, right off the boat from Sicily. They were fair, seemingly non-judgmental. People, who you could be yourself around. Both worked in Paterson, New Jersey, piece-meal type work they did.

He, seemed to be able to fix anything. She, an amazing cook and great house-keeper. A caring wonderful mother.  The two of them indeed a fantastic team, and I think still are. I know they’d like to see us again. They are just about fifteen minutes away.  One thing though, I’m certain they don’t know my Norman passed this July. Yet, on a positive note, I know they will be thrilled for my surprise appearance with our two daughters I don’t think they’ve met both.  Although perhaps, they may have met my oldest fifteen years ago. So, it’ll be nice to see them, even though we will have to wear masks and stand outside. Or stand more feet apart without masks, so we can see each other smile.

Reflecting back to the Christmas card from them I opened this morning, I realized just how much I missed those people.  They have always been warm to me, as well as sincere. Not something you receive from just anybody.

This year, as much as people have said it was a year left to condemnations. I think conversely… although the year is not over yet… I have Hope… I’ve kept my Faith. Each passing year those two aforementioned areas have been tested in the realm of my daily existence. Whether it was feeling someone else’s suffering, and my being unable to help abate a large portion of that. Or it was knowing a suffering occurred that could be avoided, worked through or evidently had to ultimately be faced.

Our human existence compels us to face our life, our death and our soul. At times it seems as though there are those who have not dealt with one or all three of those with any depth. Leaving this earth, even if at good old age past eighty. There appears some work the world has missed from them, and they in turn missed it for themselves. In the end, if we haven’t lived with any depth, then not only have we lost out. Not only have our friends and relations lost out. The world has lost out on our unwillingness to find the infinite potential of that human being which is us in the singular. And that my friend is part of the suffering. It is not Love that causes that. It is fear, fear of the unknown, fear of learning to be alone or the fear to feel alone. Jealousy also douses our Love, and the capacity to give and receive Love freely offered in many forms. Quite often jealousy misconstrues Love.

You see its about Love and it’s the depth we humans are supposed to acknowledge, yet we run the other way… throwing fear down as our gauntlet. Perhaps, increasing the fear others in contact with us experience.

Without Love, yet with fear, jealousy and the like, we do damage. We nearly destroy another’s experience of Hope and Faith. The fullest potential to feel, to give and to embrace Love, we still need Hope and Faith and without them we are lost. As well, our full acceptance of Love without judgment is lost.

What I urge all to do, is to see the New Year, not as a relief. Not as a party. But what it actually is supposed to represent… It is the acceptance of new Life, Forgiveness, Hope for others, besides ourselves, and Faith in our abilities to disregard other’s fears. Fears that have and may skew our proper judgment of anything new without proper investigation.---Jody-Lynn Reicher