When Cars Were CARS... 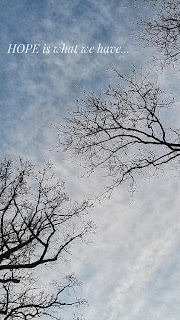 As much as I like big trucks... or rather did as a child, more so... I was afraid to get my driver's license. I had a friend when I was a teenager who had the same fear. Her name was Margaret. It was clearly the power behind the motor, that made me love big trucks and I wanted to drive them someday. As well, perhaps… Yes, I’ll say it… I loved being out for a run as a teenager …ehhh hmmmm…as well as an adult…(but you didn’t hear that from me)… on a local street and giving the truck driver the admirable, ‘Honk Your Truck Horn, Please’ sign. They’d acquiesce, seemingly every time.

It always pleased me so. I digress… So, here I was, this kid who wanted to drive big trucks. Yet, I was afraid to get my driver’s license. Quite a quirky pickle, I’d say. Finally, after a few months of being seventeen, my mother demanded me to go for the driver’s test and get my license. She would drive me there for the test. For she needed me to help her. She a single mother with a three-year old, my younger sister, in her anticipation of my graduating high school, and working full time before going into the Marines. I realized she was correct.

So here I was, a Wednesday, March 17th a cloudy damp day, no real wind. I sat in my mother’s 1969 white Ford with red interior. The car, quite a used one, with over 100,000 miles on it. It was a vehicle, when cars were CARS and I was scared… of failure. Then came the worst part… A grumpy, old white guy opened the passenger side door, barely saying hello as he sat next to me in the passenger side seat. He began to give instructions of what he would then instruct me on, and how he wanted me to respond. I said barely a word, other than “Yes, Sir.”

My hands at ten and two, I peered over the steering wheel. My mother left the area. The man grumbled when I failed at parallel parking, but then got it right… after three tries. He said not a word other than instructions. When he directed me to park, I didn’t even know the test was over. He, getting out of the car said, “Wait here.” I replied, “Yes, Sir.” Moments later I saw him at the DMV building, my Mom was speaking with him, briefly. At this point, things became a blur due to anticipation. The welfare of our family depended on this, and I knew it. As my mother would work two and three and jobs at a time, odd hours too. Had she been healthy, it may have not been as much of a problem. However, health can play a roll in how you recover from working many hours and lacking sleep.

Finally, I was waved out of our car. I remember sitting down in the DMV building; then thinking I’d failed. I soon found out I had passed. I got my driver’s license. I was still scared, yet happy to pass on the first go round. I knew kids in school who had failed, they appeared dismayed for some time. About seventeen months later, I received my license to drive big trucks in the Marines; then a year after that… I received my tractor-trailer license, passing that course and test in the Marines. It was a shortened experimental course. Only twelve of the twenty-six Marines tested that day passed. I was the only woman in the class, which was quite usual back then. I was one of the few in women who had a license to drive tractor-trailers in the Marines. Oh, and by then, my friend Margaret still hadn’t gotten her driver’s license as she attended Rutgers University, Majoring in Engineering.

I still like big trucks. Yet, I am glad I do not have to drive them for a living now. As much as they appear scary on the roadways… They are still wickedly cool. ---Jody-Lynn Reicher