October 18, 2020
When I appear at my lowest, I see it clearer. Human cruelty. Putting out a carved pumpkin the other day. I said ‘Hello’ to a couple passing by. Let me interrupt. Don’t get me wrong, everyone has their dilemmas. Their life’s disruptions and so on. But after I said hello, turning, smiling at the couple. The wife who is a decade my junior comes back with, “You better be careful the squirrels will eat that.” My finding joy, after the recent passing of my husband of over thirty-six years somehow made her comment in a cruel fashion. However, it was not the first time she’d ever said a cruel thing to me, in the past two decades that I’ve lived in our neighborhood. I’ll give you another example of underlying cruelty, jealousy. Or better put, hatred. A man, owning a nearby nursery was asked by our youngest daughter four years ago at the innocent age of twelve. “I just started growing lemon trees. What can I do with the soil to help it grow them?” He replied, “It won’t work. You can’t do that.” Yes, that was his answer. Another example which has occurred so many times to me, especially in the last twenty years. As a person would see me out running. Then when they saw me at a store or a function, they would note they saw me running. I would reply, “Oh. Yes, I thought I saw you drive by me.” Their reply, “You should be careful you might get raped.” Little did they know I had already been raped many years before. This thought reoccurs every day when I look at the nearly five foot tall lemon tree our daughter has grown from seed. Its’ beautiful. Yesterday, I went to that same nursery… Why? You may ask. Its’ because I have constantly been reminded to disregard the hatred. I go to see his wife, who is a pleasure. For she is his rock. She barely knows me, but I know her. I bring her peace, hope, and quiet joy. Again, in simple conversation, without her around. His co-worker/son was ringing me up. He seemed a sweet twenty to thirty-year old man. The nursery owner, again for now I don’t know how many times in the past decade or so, threw out a cruel comment to me. I turned thanked the young man and said to the father the cruel human owner of the nursery, “Cancel, Cancel. Cancel, Cancel, that negative thought. And by the way, Norman is dead.” This quite short list…because I could give bukoo examples I’ve run into of human cruelty. This shows the world who those people are. As I now teach our children alone, about cruelty. Not that they don’t already understand cruelty. Yet, it is my job as a parent and decent human being to teach others that underlying cruelty people may inject into your thought process. In their hopes, that something goes awry in your life, because they are so miserable. Little do they know what goes on in someone else’s life. I had an acquaintance, who actually may be a friend. I don’t take that lightly. She revealed that she thought she knew me. She realized she didn’t. When asked why I didn’t make an announcement about my husband’s illness. Or even call her up about it, as he was dying. I replied, “I’m actually a very private person. Its’ about privacy. It was he who was dying, not me. Its’ also about respect.” I have now made a decision, that is when you think you have it worse than I. Or that I am somehow better off than you. I will remind you, that my husband is dead. That his children will not have him to see them through high school graduations, future educations, perhaps weddings, family gatherings. I drill it through you to make you feel the depth of your own cruelty. Why? Because I can. And you deserve what you give, back at you.--- Jody-Lynn Reicher 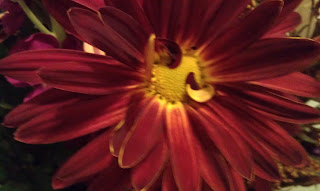