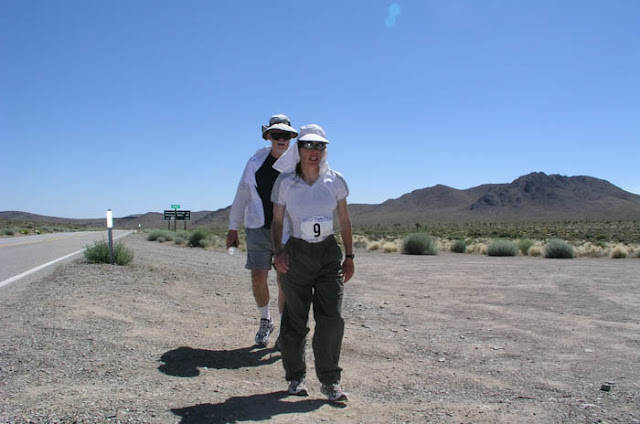 The Truth Serum (written 9/1/2020)
Recent events, which we may not appreciate. I can say will become our ever more “Truth Serum” about who we think we know.  As well, as who we think we are. I know this to be true. Let me tell you a little story.
Between the years 2002 and 2006, I would prepare and run this race across the Mohave Desert in mid-July.  The reason why, is because it was science.  Stay with me. The temps ranged between one hundred eighteen to one hundred thirty-four degrees (about that) usually between ten in the morning till about sundown or so.  At midnight, it could still be over one hundred degrees. You had to run on the shoulders of the roadway/highway (It was mostly sixty MPH. Fact check me if you’d like.)  The macadam was usually for most of the days at that time of year one hundred fifty to two hundred degrees. If you wore those gel running shoes, or those ‘Air’ shoes they may pop, taking away their gel or air benefits. So, I wore a torsion format, which I’d preferred anyway.
Now comes the tricky part.  You had to hire a crew of three people, and at least one crew car.  They could not shadow you.  They had to drive leap frogging you, the runner and either guess when you needed something.  Because the communication was on and off. You, the runner ran against the traffic as you should for safety.  The crew drove the correct legal way, with the traffic, going the speed limit.  They had to pull over clearing the shoulder and not into the sand, because it was a National Park area and as well, you’d get stuck in the sand.  And well, basically you could be screwed. Oh. By the way, there was no shade till about the finish line at Mt. Whitney Portal.
Okay so the crew would do this leap frogging. So, it’s hot for them as well. There were three HUGE hills/mountain areas they had to drive up. You started below sea level; then got to five feet above sea level at about forty-two mile point one mile marker.  Oh, I meant to tell you. The race was one hundred and thirty-five miles.  And it had to be done in sixty hours or less, to be acknowledged.  And in forty-eight hours to receive the ‘belt buckle’. By the way, there usually is a hot wind blowing here and there, with minor dirt devils to sting you. And your crew’s vehicle’s air conditioning may not work.
Then from forty-two point one miles it was uphill from there to near five thousand feet elevation.  Oh, and thank God mother nature was so kind to have the hill spread out the elevation over eighteen miles.  And the prize was you got to go downhill, some winding passes. As you traversed the curves you could see the bottom for miles, like twelve as you dropped down to about fifteen hundred feet above sea level. Nice little downhill run to mash your quads, which you may not have felt the effect till you got to Panamint Springs.  Oh, Panamint Springs? It is said Charles Manson knew the area well.
So, at the seventy-two or so mile mark you’re going back up to Father Crowley. Where there’s a beautiful prehistoric view.  Yet it’s still up hill, till about mile ninety at Darwin turn off. Then you drop down gradually till mile one hundred and twenty-two, in Lone Pine, CA. Lone Pine is above sea level, three thousand seven hundred twenty-seven feet. Then the finish it’s a bit cooler, climbing the thirteen miles up from lone Pine to the Mt. Whitney Portal at just under eight thousand four hundred feet elevation.
When the runner’s race is all done. The crew, if they’ve survived without abandoning the team/runner, being kicked off the team during the event, or ending up medically unfit, gets to revel in their accomplishment. When the runner occurs having food poisoning or water poisoning, all the training, the preparation of runner and team and hopes fall flat, as well.  We’ve ran into just about every problem imaginable in those five years my husband and I had been out there and the five races I entered, three I completed within the forty-eight hour time for the notorious ‘belt buckle’.
Oh, and by the way, people have cheated. I will not begin to list the things that people can and have used to cheat with; they know who they are. And to me, deep down they know it. Good enough for me.  You see, I compare this episode to many things in life I’ve had to contend with long before racing across the desert in those summers. And as my husband and I have reflected and looked back and laughed at all the insanity caused by a little pressure cooker known as ‘Badwater’. We end up calling it, “The Truth Serum”. And that my friend is what we are facing on another scale currently.---Jody-Lynn Reicher
https://www.amazon.com/gp/product/B07CGY7Q97/ref=dbs_a_def_rwt_bibl_vppi_i8