Not Happy in My Work...I Guess 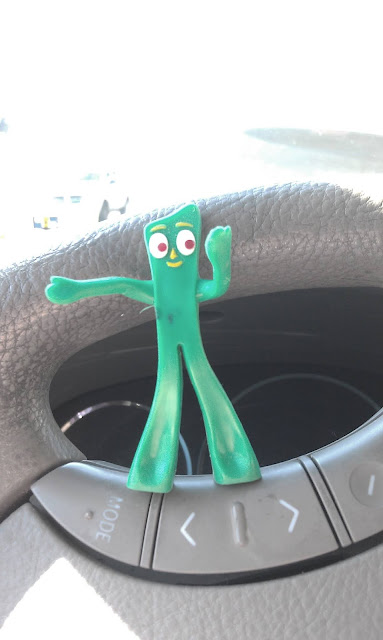 Not Happy in My Work...I Guess

In the animated, Christmas movie, “Rudolph the Red-Nosed Reindeer”, one of the elves named Hermey no longer wants to make toys. Hermey has found a new passion.  He has begun studying dentistry. The head elf his boss, questions him.  He announces to the other elves working, “Hermey doesn’t want to make toys!” All the elves present repeat the line to each other in sequence, as they wonder why Hermey doesn’t like to make toys.  The query from his boss and the other elves, is inspired as they think all elves, especially Santa’s elves are born just to make toys, and do chores referring to Santa Claus and Christmas celebrations.
However, it’s not what they think. It is not that Hermey despises making toys for children.  Nor is it that he despises being one of Santa’s elves. Neither is it that he doesn’t love Christmas.  It is because he has found a book of interest to him on dentistry. Hermey realizes that Santa’s Castle and Village at the North Pole doesn’t have a dentist.  And Hermey figures, ‘Hey, I can be of service in a different well-needed capacity to my fellow elves, and all the people living in Santa’s Castle and Village at the North Pole’. So Hermey sets his sights on becoming a dentist. He does not aim at becoming rich or famous, or in some way getting an award in being the one and only first dentist at the North Pole.  It is that his passions have now changed.
Hermey’s boss, the head elf queries as he yells, “Why not?!!!” Hermey replies, “Not happy in my work I guess.” Hermey is not quite sure how to respond.  Yet, he wants to respond with respect to his boss and considering his peers.  Hermey doesn’t know why dentistry has interested him via a book. His new passion overrides his desire of toy making which he already knows and seems destined for. However, something inside of him pushes him gradually away from toy making, and pulls him in the direction of becoming a dentist.
Hermey’s character and the dilemma of switching careers baffles even himself.  But yet, Hermey knows instinctively changing his career, which also would be changing his entire life needs to be done. He may not have addressed all that he would lose in changing his entire life for the unknown adventures of becoming a dentist. However, Hermey feels unfulfilled in his current toy making career. He knows he is unhappy “…in his work” currently. Like Hermey, I have had to change many things in my life, such as career choices, including how I once worked a career. Changing the way someone also works a career can be life-altering. I can attest to that one as well.
I’ve known of at least five men recently, who I felt needed to accept life-altering changes. Yet, they were unwilling to embrace the changes.  The changes were then forced upon them. Why?  As I see it, to save them.  As well, for them to give to the world in a different capacity. And hopefully for those men to attain enjoyment in their years remaining on this earth in their present vessel. The forcefulness of nature or the nature of survival is built into all of us to some capacity. Just like our emotions, we all have them.  We may not like them.  We may hide them. But we all have emotions. We all are spiritual beings, and that I am convinced as is the truth.
I have seen this. When a person doesn’t want to change a situation, most times it’s a career that they’ve been embedded in. Yet, they need to change it because they are, “…not happy in…” their work. This goes for relationships as well. I’ve listened and watched men grapple with decisions.  One, I knew needed to get out of a relationship, it was killing him. Another I knew also needed to leave a relationship as well.  I said nothing to one man.  That man is dead. He died quite young, in his mid-forties. Funny enough, ninety-nine point nine percent of the time I don’t suggest someone leave their significant other.  For whatever reason(s) I just don’t do that.  However, I have stood by and attempted to help pick up the pieces when it begins to come crashing down on them.
I’ve seen plenty of men fight retiring from one career to move onto another career. The career they were now meant for.  Yet they didn’t want to admit they were done with the old career. To me, that is ego.  Ego will and can kill you.  If not just your spirit, that sinks into a dark abyss, but your whole living vessel. One section at a time. I’ve been a witness to this. I’ve stood by and watched people die. Due to their fear of appearing to be a ‘quitter’. As well, that person still hasn’t truly given themselves enough credit for what they have achieved.  Many times, in the eyes of others and mine, their achievements appear astronomically great.  Yet, the person going through those decisions are blinded by arrogance and ego and are unable to revel in the joys of their accomplishments. As well, in the potential of their future undertakings. Instead of undertaking their next career or relationship with joy, they fight it with ego. And many times making time for their undertaker.
Diseases are caused by many things.  Yet the capacity of mostly the men I’ve seen, to be affected by diseases, no one would have ever thought, as has been expressed to me, that they would have encountered such disease. Everyone is shocked to a degree. Yet, for what ever reason I am not. It could be because I am a people watcher.  That’s what I do in my limited spare time. I watch people’s movement. Wondering, ‘Are they really happy?’.---Jody-Lynn Reicher
https://www.amazon.com/Jody-Lynn-Reicher/e/B00R3VUZ18/ref=sr_ntt_srch_lnk_10?qid=1418802234&sr=1-10