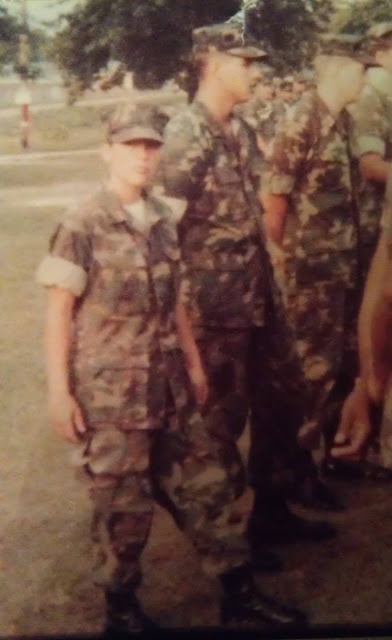 Many, many years ago, my Mom would let us buy some candy here and there. But when we only had a nickel my Mom would suggest either that rolled up red licorice by Broadway or Chiclets. You know the little square gum pieces? It was so, my brother and I could share the candy. Those were the days when my Mom was fortunate enough to have a used car for a month or so, and she’d pull up to the gas pump and hold out a dollar or two fifty cent pieces and say to the attendant, “I’d like a dollar’s worth of gas, please.
These flashes of my childhood came to me as I ran today in the early afternoon I wondered which direction to run. I wondered how much energy I had. I couldn’t gage it. I hadn’t able to gage my energy now for about the past few years. Pure exhaustion and pushing through it for the better part of over twenty-eight years has taken its toll.  As I’ve done everything I could to beat a syndrome I’d been diagnosed with twenty-six years ago. For the first four plus years I struggled every day of my life.  And I can say, I really don’t know how I built a successful business being so ill in the mid to late 1990’s.  But like I said to a former fight coach of mine, “God built me good. Can’t complain.”
So, today as I did my first ‘round the block one mile loop to see what direction I’d go in. Or if I should push it, I saw a neighbor I’d never met.  An older gentleman in his seventies. What had just went, through my mind were Chiclets… Well, and toilet paper. I’ll explain. At about a quarter mile just before this. I realized in the early 1980’s when I was in the Marines, how easy it was to bribe for extra toilet paper. At the time I was one in about 5,000 women in the Marines that were driving trucks and tractor trailers being a female Marine. Yeah, that was about the ratio.  The benefit? The benefit was, since rarely if ever there was another woman around, especially when we did convoys and desert maneuvers … well the way I got extra toilet paper was Chiclets. Yes, Chiclets. And the fact that the men didn’t need toilet paper as much as I did. I’ll let you, my audience figure that one out.
Just as I was coming by this man, I thought he’d enjoy this tidbit story. He did, and then he said, “My mechanic offered anyone coming in for service, such oil change and the like. That he’d give them a free roll of toilet paper. Good business, I’d say.” He smiled. I nodded in agreement. And yes, I stood approximately twelve feet and two point four inches in distance away from him, just in case either one of us snorted and laughed. A few Chiclets for thoughts.---Jody-Lynn Reicher
https://www.amazon.com/Jody-Lynn-Reicher/e/B00R3VUZ18/ref=sr_ntt_srch_lnk_10?qid=1418802234&sr=1-10