Put Some Lipstick On 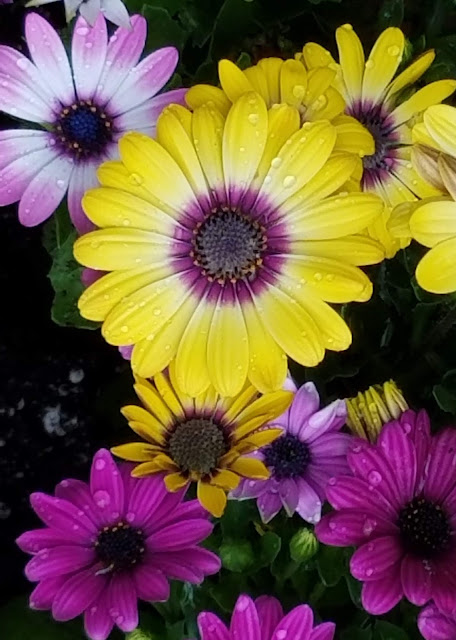 Put Some Lipstick On

It was a time in the 1960’s when I was growing up. As I was taught,  that you didn’t demonstrate to the outside world how you really felt. You didn’t speak of illness, neither yours or either someone else’s. Nor were women’s health issues discussed, as well.  I’ll call it, “The Dark Ages of Life’s Unpleasantries”.
As I grew up, I noticed no matter what, my mother always put on lipstick. She made certain her teeth were clean. Her hair was either brushed out nice or in a decorative kerchief. Her favorite was this lavender kerchief.  I actually dreamt about her wearing that lavender kerchief in some of my dreams as a child.
By the time I was age six, my mother had started working part-time at our local drugstore. The owner, Sam loved her creativity. She did the Hallmark card merchandising. She was a cashier in between merchandising, as well she was a cosmetician.  That is, what she truly enjoyed being and doing. I believe even to this day, she could fix anybody’s face. She knew her makeup.
I remember when she started to try teaching me about colors matching each person’s look. Looks of not just skin tones. Yet, also of the time of day and if the person were ill.  Years later, when her illnesses were taking hold. She remarked, “Remember, when you don’t feel good. Put some lipstick on. Smile till it hurts. Keep them guessing.”
One day in 1987 at my Mom’s house. I’d been married at this point over three years. She inquired about how I felt about missing the 1988 Olympic Trials Marathon time trials standard. I shrugged. Although that was painful. As well, I felt like a failure. I was quite angry that she’d posed such a query to me. Yet, I acted like nothing meant anything. She commented, “Looks like you keep everyone guessing.” She winked. I shrugged again.
Over the years before and after her death, I’ve had a number of people comment as my Mom did that day in 1987. Their responses were as they found out what tragedies had befallen me, “I would have never guessed that… You smile all the time.” I had one man say to me, “Even though you are deeply injured, struggling and I can’t imagine what it’s like to go through… You give the best speeches at the worst times in your, life.” He smiled and shook his head. He reflected the smile I held on my face.
I had a friend who’d become a Baptist Minister, after I’d left defense contracting and changed careers. We left the company, nearly the same year to pursue other avenues, making a living. She’s a brilliant woman who’s had her tragedies in life. This woman with a double master’s had known me during much of my tragedies in my earlier adult life. Knowing her background, I waited till lunch to ask her about God and doubt. She remarked that day in the office we worked together in, “You seem to laugh no matter what. When I hear you laugh. I know it’s time to laugh. Your laugh makes me laugh. And everyone has doubt, even Christ did…Remember that Jody.”.---Jody-Lynn Reicher
https://www.amazon.com/Jody-Lynn-Reicher/e/B00R3VUZ18/ref=sr_ntt_srch_lnk_10?qid=1418802234&sr=1-10