I give you my thoughts... 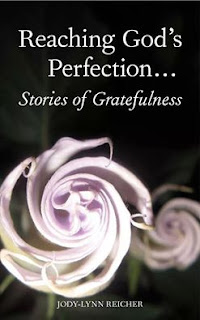 The Courage to Have Faith

I’ve told this story before to someone back in 2006…

When I was age seven, the world became even more complex to me. I saw anger that was unrelenting. I saw the fear to be kind, uninhibited. I saw it internal within our family structure. As well, I saw it within the world itself. Then the fear was presented to me. I didn’t like it. I decided to change it. Yes, at age seven I decided no matter how scary something was, I would attempt to be fearless. I would become courageous. However, I wouldn’t do it alone.

After I decided such, I prayed. I prayed at night that God would make me like King David. Yes, a little Catholic girl praying at night to become a courageous warrior. With the faith of steel that nothing could penetrate. I decided to become unrelenting to right wrongs. To make certain I could run into flames, even if it meant death. I told God, as I lay there in bed with my comfort pillowcase and stuffed animal. Looking up at my ceiling, I’d whisper to my Maker, over and over again to make me brave…courageous and filled with faith that was impenetrable. Then I’d envision coming back from the dead, defeating all the evil in the world. Saving people. Making certain everyone and everything was safe. I prayed every night. Envisioned every night from age seven to twenty-one, till I got married, just after my obligated time was served in the Marines.

Funny enough, many years later…My husband recently deceased, would announce on some of my wicked charity runs and ultra-distance events, “She’s come back from the dead!”  Yet at the time, not even he knew what I had done at night as a child for fourteen years. I hadn’t told anyone the prayers or the thoughts I had till 2006, when my Ultra-Running Coach, now friend, Dante was trying to let me know that I could accomplish running over 200 miles in about forty-eight hours, on the roadways of New Jersey. It was a feat that I had dreamed about since the early 1990’s. Yet, I had an even bigger dream, going back to 1979. But first, I needed to accomplish this charity dream run. I knew so. I was scared. I called Dante up and told him how scared I was.

So, I did. And I did more. My other prayer at night was to become a philanthropist. However, I knew I may not ever have the funds to truly give away the funds people needed. Yet, I knew I could do things. And I had faith my Maker would give me the ideas that may seem crazy to others, but I knew deep inside it was the way to accomplish giving to others for me. Even my husband thought it was so way out there.
I would tell him my dreams of running and then say, “Imagine the money I could raise for others! Like Wow!” I would get all excited, before the children would wake up in the morning, on a Sunday. The two of us would be standing in our kitchen, looking out the window.
His initial response one.                            morning was, “Jody… You have.              your own Solar System.”
I told a retired detective Dolores Most, who knew Norman and I and she responded with a smile, “Oh, that’s cruel.”
I replied to her, “Nah. It’s true. Yet, all these dreams feel normal to me. Although I do scare myself sometimes Dolores.”

So, this all boils down to Faith. To the practice of seeking courage, and unrelenting faith. If you don’t practice it. You will not understand it. You will look at me or someone like me and think, ‘Why, does she appear unmoved in the middle of the storms?’ It’s not that I am unmoved. It is that I hide my movement with courage.  Yes, it is my childhood experiences which have propelled me to this point in my life. I explained this my niece last night on the phone. We are all blessed with something, as I told my dad in 2004, when he didn’t understand me. And it was because he wanted to see uncertainty and fear in me… He was a bully. I decided I would not be bullied. And I prayed, as I had like a child. With the innocence in the asking of a Higher Source.

There is a film, starring Dennis Morgan as Col. Robert L. Scott. It is called “God Is My Co-Pilot” (1945); I watched it with my mother as a child of about age eleven, I believe. And so, I would say that may depict some aspect of the story I’ve told here. Practicing, praying with humility, remaining child-like in doing such of the asking to a Higher Source of what you know you need. And that is how I do what I do. The secret is devoted to the discipline of practice. Just like a runner, a fighter, a writer, a worker, a parent, a wife, now a widow…I practice. I clean my own home. That in itself is a practice, for there is something to do every day. No matter how small anyone may feel it is. You may see dysfunction, hatred, etc… However, if you practice Love, it is what you get. ---Jody-Lynn Reicher
https://www.amazon.com/gp/product/B00P47XAQK/ref=dbs_a_def_rwt_hsch_vapi_tkin_p1_i8