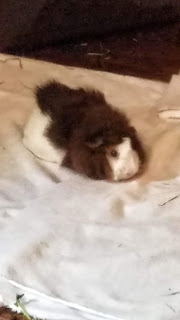 Since I’m the eternal scientist. So, it seems in my life. I always thought there was a way around not being afraid of pain. I’ve had the good fortune to be able to be put into those circumstances, most may feel pain is not good fortune.  However, if it is a lesson or there is some fun involved in the actual experience and others can gain from it. Well then… It’s a positive in my book. Years and years ago, I had to have a few surgical procedures done. I greatly despise anesthesia . Why?  Because I have had enough of it to know that it messes with my entire being. It increases my illness afterwards, never mind immediately afterwards of how sick I have gotten. So, I had this theory.  That what if we didn’t have to be sedated for any surgeries? What would we do instead? I thought of the use of acupuncture to replace anesthesia.  Yet, hadn’t read any studies on it. However, many, many years ago I saw my acupuncturist before having dental work done.  I asked her to prep me for dental work, that I was seeing the dentist within a couple hours. Well, basically it worked. Although I had practiced controlling my breathing and calmness in other ways. I wanted to control not just my thoughts.  Yet my acute pain reaction as well.  Mind you, this was before I became a fighter.
Then over the years I had to have a few procedures done that were about ten minutes a piece. Yet, the type of surgery, usually someone would have to drive you to and from and you would have to rest afterwards for forty-eight hours. They would moderately sedate you, Xanax, valium and a local anesthetic was be administered. Well, due to children, work, possible allergic reactions to such medications, and time constraints I decided to go with nothing.  Yes, nothing. Of the three procedures all ten days apart, the last one a slight local for the skin was applied.  Yet, I could drive myself back home or to work.  The first one knocked me out with exhaustion for seventeen hours. However, I was back at work and running in forty-eight hours after the procedure. The second and third procedures, I was back at work in three hours and running in twelve hours.
A  few years later, I had a medical emergency. It was with the same surgeon. They wanted to put me fully under with general anesthesia.  It was to be an eighty minute surgery. Seeing that his staff of pre-op people didn’t believe I was allergic to things I wrote down three times; and then repeated to them in the pre-op position I was in. I realized my life and health were more at risk. I could trust only the surgeon I knew; perhaps not the staff of nine or ten getting me ready for surgery.  As well, during my surgery. So, last minute decision, I went with nothing. Yep. Nothing. He told me I could not move at all. I thanked him. I stepped up onto the operating table totally coherent. They draped me.  All of me, so I couldn’t see a thing. He warned me to remain still and quiet throughout till he would tell me he was done. I devised a strategy to monitor my own pulse and blood pressure from within. I felt pain.  Soon, it was over. It was exactly eighty minutes just like he said. Never mind that I shocked his staff, nurses and all. Now here were the bonuses:
I was back at work in eight days, my job is physical and cerebral. Yet, I rested as instructed for five days in the exact position I had to remain in at home.
I was back running in just over eleven days they thought it would be three to four weeks.
I was back in the fight gym in twenty-seven days with surgeon’s permission. They thought either never or at earliest six weeks.
I healed sixty percent faster.
I healed more than they had ever expected, by far.
My autoimmune system remained intact and was not compromised.
I realized that pain is not what we think it is, most of the time. What pain is, when it comes to certain situations or most situations. Fifty percent of our pain in the physical form is from our own fear(s).  Go look that up in the dictionary. Really research that. It’s worth your time.
After having that experience and sharing it with my internist. He revealed that he saw bypass surgery done without anesthetics. He saw it done successfully with acupuncture. Wow! His added statement to me was, “You have an incredible amount of discipline. And that’s what it takes.” Interesting.  I think it also takes an enormous amount of wonder and curiosity too.---Jody-Lynn Reicher