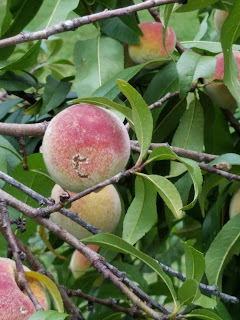 He Prayeth Best…
Today, I didn’t think I could get out for a run. Yet, I knew it was what I should do. This afternoon, I had just finished a light training run. Feeling worn from writing, work, caregiving, and such. Never mind all the other possible stressors that the rest of the people in the world may have to contend with on this particular date.

Before, during and after the run my soul operates like so: Praying. Acknowledging where I am, right here, right now. And much, much more. Quite often I can honestly say, that I’ve felt most people are just not grounded. That, I contemplate as well and often. During my running, quite often I allow all my cynicism to come to the surface. I revel in it, letting it loose. Then I bash it. Then I forgive myself for it. This pattern happens every day. It is similar to thanking God when I first wake up, for whatever there maybe to be grateful for. Every morning, stretching before my feet hit the floor, brushing my teeth, washing my face, and cleaning the counter and faucet areas before I head to the kitchen.

Being outdoors is life. It breathes life. It exudes more than a mere existence. That is why, I know I must get fresh air every day. No matter what. I can say I could blame that on my mother. She felt everyone should be outside at least an hour a day, every day. However, she wasn’t the first one with this idea. Thomas Jefferson in a letter to John Carr in 1787 wrote such of taking a stroll for ninety minutes to two hours every day for health. So, what do we gather by being outside? How does being outdoors enhance our health?  I can say, it forces us to move. Whether we want to or not. However, the real thing I witness when I step outside is the reality of miracles.  Yes, that is what I sense, hear, see and feel when I step into the outdoors.

From that, my mind wanders most times when I arrive outdoors. As I may often wonder, ‘Who prays, just because?’ Growing up in a somewhat Christian family, it seemed that even then, those that attended religious services didn’t pray every day with any regularity. Especially the men in my family. It was considered almost sissy-like to depend on a Supreme Being. That’s if you were a man. Praying was considered, ‘wishful thinking’. So, that was the message I received. I have received such messages especially the one about prayer being, ‘just wishful thinking’, from men and women. Older, Contemporary and some Younger have suggested that praying was ‘wishful thinking’. As they would add with a look or a remark that I was still being childish in thinking of prayer as a helpful solution to any problem.

Over time, I have seen people depend on their own ingenuity, talents, medical diagnosis’ and the like, more than some Supreme Divine Being. However, I usually don’t operate that way.  If I had I would’ve been dead a while ago.  That I know.

Sure. Praying is a private expression, perhaps.  Yet, I have found that most people even in the 1960’s didn’t think or speak of prayer unless something tragic was at their doorstep or their relatives, or close friends.  Prayer was only offered up by some old lady down the street named Mrs. Hazel. Her house was setback from Milford Avenue in New Milford. Her home was about five or six houses up from our barn-house driveway. She was closer to the Boulevard and its somewhat dangerous intersection.

That being said, fast forward to this afternoon’s cooldown walk after my training run. As I was being ran on some will, that I didn’t incur. Yet, I plodded in a wilted fashion, to get it in. Five days out of the seven that I run, I run on sheer will, force and prayer. The other two are usually a bit less of a struggle. It’s been that way for decades for me.

As I walked the last three hundred meters to my home, I saw neighbors out. Due to an influx of sunny weather and some warmth we hadn’t felt in a while, more people were out today. I saw one of our neighbor’s daughters on her bicycle. It was a new style bicycle she was getting used to. I saw her take off gently, and I then congratulated her. I love to see someone try something new and succeed.  I waved to her father. He smiled. I stopped and chatted with this young man, that our family has gotten to know over the past now nearly five years since they moved in across the street.

We chatted about bicycles and expenses of such equipment. Then we got to serious discussion. Serious prayer discussion, and it was not one of any particular religious base either. As well, to my pleasant surprise and perhaps to his. We were on the same page when it came to prayer and miracles. It was refreshing to say the least. He understood what I understood and so did his wife.  There are many things that give us hope in life. Yet, it is always those things that others take for granted. The ability to pray may appear too simple to truly matter. However, the things that are the most simple may give us the most true hope. Creating a more peaceful reality.---Jody-Lynn Reicher
https://www.amazon.com/Jody-Lynn-Reicher/e/B00R3VUZ18/ref=sr_ntt_srch_lnk_10?qid=1418802234&sr=1-10