"Your Mind To My Mind" 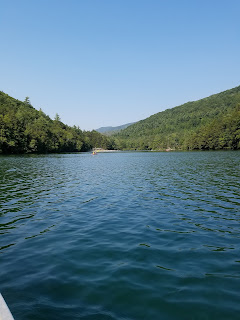 Your Mind to My Mind

Many times, in my life I’ve wanted to heal people who were quite ill. So, my tool earlier in life was prayer, positive thoughts and mental imagery. It wasn’t till later in my life that I actually began working on bodies with my hands. As well as learning other levels of meditation in my twenties and so forth. Meditations such as Qi Gung, Hypnosis, and the like. I have learned to use to dig deeper into understanding one’s pain and predicament. Along with doing various bodywork therapies for people with all sorts of ailments, injuries and diseases. Over the years of my life developing an arsenal to help others. Inadvertently, helping myself as well.

I have gotten my compassion to a point that not only can I feel what others feel. As may be their sorrow and or their joy. I don’t have to touch them, or even be in the same country as they are. Yet, I feel it just as deeply and at times it cuts through my soul.

Where this all got started was when I was about age six. I was told to control my emotions. Not to show any emotion too strongly. For it would be dashed and I would become embarrassed by my lack of self-control. It was considered back then in the 1960’s as a form of weakness, in the family I was from. That form of lacking, equaled a lack of usefulness in life.  It was to be ashamed of. Ashamed to cry, to mourn, to be angry, to be too happy, to be carefree, to be child-like and innocent. To not know everything. You would be considered as a fool.

Most times I had strong emotion, I delayed my response.  I worked in my mind’s eye in bed, just me and God. Laying there with my mental imageries of courage and prayer. Silently speaking to the co-pilot of my life. For I would not be judged harshly in that realm. Things to this day I do more so than ever before. I contemplate now every moment I’m alone.  I've become more aware of the effort over the last thirty years, than I was as a child and into my twenties.

There are few times I’ve either been requested to comfort or read someone’s body. Or I have felt the need to comfort by arriving deeply into another’s soul. Whether it was someone not grounded, semi-conscious, in a coma, or their overload of distress. I attempt to arrive as their mind may not be. My attempt is one that many if not all of us have the power to become, to do and to be. That is a comfort of soulful peace in a time of confusion, despair. Which may as well be to encompass another human’s repair. “Your Mind to My Mind”, I hold and treasure that which is.---Jody-Lynn Reicher
https://www.amazon.com/Jody-Lynn-Reicher/e/B00R3VUZ18/ref=sr_ntt_srch_lnk_10?qid=1418802234&sr=1-10