What Are the Chances...? 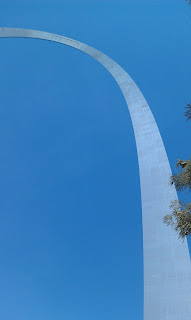 What Are the Chances…?

Early this morning as I drove. I realized I needed to get gas in my car.  There’s this little service station not too far from our home.  However, at seven o’clock in the morning at this one local service station, it’s awfully busy handling landscaping trucks and the like.  That poses an issue if you want to get gas at that time in the morning there. It gets crowded fast because of its good service and size.  The politeness is really what I’m going for.  Okay laugh.  Yes. I get gas at a specific station or two or three based on politeness. Not because I like to say ‘hello’. Although I do like to say, ‘good morning’.  But because I love to just sit there as my car is being serviced and watch the clouds.  The sky can be dramatic. Yet, it is sometimes subtle in its changes arriving for those few minutes. It’s time to breath just a tad more. Taking in a sigh or two.

So, today as usual every day is different for me. I pulled into the service station just after seven this morning. I handed my credit card through my passenger side window, so the attendant doesn’t have to walk around the car. He’s an older gentleman at this time of day.  Seems like a kind soul. After asking for the grade and to fill ‘her’ up. Another car pulls up on the other side across from me. It is a burgundy colored car. The car appears to be the same year as my car. Yet, it is a different make.

The man in the burgundy colored car has his window rolled down. Smiling he looks at me and says, “Hello”. I smile and nod.  It’s a good morning. I give a second look at the driver’s side of his car. And at the rear driver’s side, behind the passenger seat is a Marine Corps sticker.  The guy looked like a Marine with a similar tapered hair cut of his all white hair.  The older gentleman who’s the attendant is working by the pump into my car. I then step out of my car. I remark to the attendant, “What are the chances, a Marine is getting gas at this station at the same time another Marine is getting serviced as well?” He smiled, raised a brow and nodded. I smiled back and nodded. I remarked, “Wild. My kid has the other car with the Marine Corps sticker on the back.” I got back into my car.

My window was still down to make it easy for the attendant to give me the card and receipt after the transaction finished. Then the man in the burgundy car rolls down his driver’s side window. I called from a seated position in my car. I remarked, “I see you were in the Marines. What are the chances, a Marine is getting gas at this station at the same time another Marine is getting serviced as well?” He smiled and replied, “That’s my son. I was too tall. Six foot eight.”  I responded, “Ahhhh.” I asked what his son’s MOS was. The two of us relayed back and forth, conversing. After a minute or so, there were still no landscaping trucks nor cars pulling in.  We finished up, blessing each other. Then the clouds parted for the first time in four or so days. The sun came through. It’s a beautiful day.---Jody-Lynn Reicher