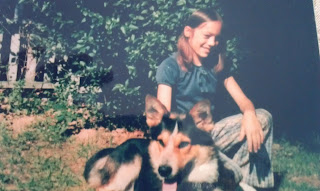 Kidding around recently, my husband stood in front of me with his workboots on.  He newly had shined them. He stated, “Other men have their antique car collection. Some men collect motorcycles. Me, its shoes.” The shoes he was wearing ready to go for a six mile walk, he’d had them at least for a good two decades and had them resoled just this past year.

I’m not a things person. I’m too busy and too poor to collect things. Around the house I wear clothing with holes in them.  When I go for my daily run, I wear layers because there are holes in the clothing. If it’s under fifty-five degrees outside, I wear some glove or something at least in the beginning of my run on my hands. Sometimes my running gloves have holes in them. Sometimes my gloves are one dollar cotton gardening gloves.  And in the winter, quite often I wear an old pair of socks on my hands when I go running. I’m not cheap, it just feels good.  And besides I’ve made myself so NOT picky, that if I lose a glove there is barely fretting on my behalf over the possible loss.  I also have found when I don’t fret too much over losing an item. That it then mysteriously or miraculously returns at some point and time. And when it does, it’s like the Prodigal Son.

If a Prodigal Son returns, metaphorically most of us would be filled with joy.  I have to say, when my glove or sock or earring return. Well, I’m filled with joy.  The discomfort of losing is gone. I value what I’ve had. And I value what I have. Pretty much no matter what it may be or not be. Likewise, I see people with tons of things. Overloaded with cars, appliances, constantly having something in their homes expanded, added, done. None of it being my cup of tea.

I see it, as when I leave this place in the vessel, I’m currently in. That there will be no pockets. My spirit moves into a space of something or nothing.  But what I have here now is temporary. Knowing that this life will quickly leave me, in time shorter than my spirit is old. I will not leave a ton of a pile of things I thought were of value. For someone will have to clean it up. It may be painstaking for them. I must consider that.

Since I’ve been close enough to death, throughout my life. Not just watching others. Yet, being in the realm of nearly gone from being here in human form. I recon with the struggle of others. Not wanting to disturb their peace too long after I’ve left. I’m in that approximate seven percent that know they are going to die. The rest of the population has been recorded as considering death. Yet, not living in that knowing. I know to most reading this, one would like to think otherwise.  However, I know that those stats are mostly true.

That ninety-three percent approximately don’t believe they are going to die. And I know that stat is about right. I’ve known enough people. Watched people not only as how they treat others. Yet, they think nothing they’ve ever done is wrong. Let alone their accumulations. I have clients who are older and they tell me when you reach a certain age you no longer buy a young puppy or kitten.

One client in particular told me a sad story about someone not doing that. She adopted this man’s young dog. The man had lost his wife and  was forced to move far away. And to a place they would not accept his well-behaved dog. Upon this I met this dog in the adopted home he resides in. If you could imagine a perfect dog. Well, I found him. I asked the now owner, “Was he this good when you first got him?” She nodded, ‘Yes’. Each time I’ve seen him, I see his loss. Yes, he has pet friends, he is well taken care of.  But I feel his loss. It hit me deep the day I walked into his Master’s home, and still does.---Jody-Lynn Reicher
https://www.amazon.com/Jody-Lynn-Reicher/e/B00R3VUZ18/ref=sr_ntt_srch_lnk_10?qid=1418802234&sr=1-10