Warning, Mature Subject Matter: "If You Haven't Been..." 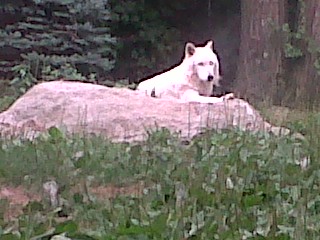 If You Haven’t Been…

If you haven’t been down this road, you may not be able to relate.  As well, you probably, most likely shouldn’t comment. Yet, of course it’s a free country.  Well, partially. I don’t really feel so free. I am the watch dog. I grew up thinking this.  Actually, I knew this intuitively.  The first intuition at age four.  However, I won’t dive into exactly where I was when I didn’t feel safe.

One day after I’d turned age eleven just weeks after, my mother asked if anyone had ever bothered me.  I stated a truthful emphatic, “No.” She sighed with utter relief. I was the untouched.  The not molested. One of the few she knew in her circle. She wondered how I did it, I’m certain. I never told her what I’d felt around certain people that she knew. It was just a feeling I had. I remember the first time it arrived. It was indeed creepy. And at first, I felt ashamed. Ashamed that I would think anyone would try and harm a four year old little girl like me.  Especially, one that they should have an agape type love aimed at me. Yet, I felt his evil, and moved my body away. I was hugged once, and I moved. I felt it every time I came near that particular person. Unfortunately, not everyone who came in contact with him, when they were little girls were so fortunate.

A couple of decades later, the unthinkable would happen, as I was married seven years. I had never and still have never been with another man, at least not willingly. I fear I may be a bit of an anomaly.  Yet, I am quite content with that knowledge. One day, I was out minding my own business, people could have stopped the violence and rape that ensued. But you see they stated, ‘they didn’t want to get involved’. Eventually two of the three people did get involved and went to court and testified on my behalf.

On top of that, there was another woman that actually could have stopped the whole thing from going to trial. But she wouldn’t cooperate with law enforcement. As well, people who knew both of us sided with helping her, instead of me. Why? The only thing I can think of is they feared for her safety, not mine. It all landed in my lap. When I needed help the most, instead I received darts thrown at me. I was ridiculed by family members. My husband stated, “You know who your friends are…” After he’d hung up the phone with someone he’d thought was his friend. He got little support as well.

So, here I was on this journey. The only thing I had was my co-pilot…God. And the fact that I was always a goodie-two shoes. Usually the goodie-two shoes part doesn’t go quite far.  People usually exclude you for that. That hasn’t changed to say the least. Yet, it was and has been my solace. My peace. Peace is knowing you did all you could. That your self-righteous indignation actually has been proper for the moments you are applying it to.

Now, fast-forward today’s decision of seven men and five women on the Harvey Weinstein case. I do not know what went on in that courtroom.  Yet, I know what it is like to get up in front of God and everyone and speak the truth that everyone else has been afraid to say. Everyone else who knew what has gone on and didn’t speak up, has been a coward. On politics, I am careful with my words in public. Yet, when it comes to this, I will continuously throw the gauntlet down. I will not let it go.

I will not let it go. Not just because I went through the whole hellish experience.  Not just because I paid dearly with my health, with my finances, with my intimacy.  Yet, because I know too many victims who didn’t have that special intuition I had as a child, that protected me so well. As well, I know too many victims who didn’t get to go to trial. I know of too many victims who went and lost. I know victims and of victims who’ve ended their own lives because of being raped. No one helped them. I know how the system works in favor of men.  Particularly white men, and many times with more money than I’ve had. I know too well. I know what happens to the victims of rape, sexual assault, however you want to label it. I will not let it go, because there are too many hands to hold. There is no punishment enough that has been given to the offenders.  If anything, they have been promoted. They are in our government. They are CEO’s, I’m certain of it.

So, here we have a country that should be truly addressing this, because it concerns most of us.  And it effects primarily one gender most of the time.  And this is where the fight is. The fight is that women, girls are still considered second-class citizens deep in the minds of many in this country. And too, in places where it matters. There should be life in prison for the act of a sexual assault/rape. There is no cure for a rapist. Let me say that again. There is no cure for a rapist nor a pedophile. They are the one criminal that there is no rehabilitation for. I assure you that. I’ve met well-educated men who worked in prisons with such criminals. Who were sympathetic, liberal as one could imagine.  However, when I privately inquired of the possible rehabilitation of such a criminal. It was just, maybe a one to two percent chance that those types of criminals with such behavior could be rehabilitated. Doesn’t sound like good odds to me.

So, until we start truly cleaning house on the men who have raped and hold power in our legal system, and or our government. I declare women should recon with the fact, that it’s time to stop being polite. It is time to write about this. It is time to make movies about this. It is time to march about this. It is time to demand equal pay, ALWAYS! It’s time to get in our offender’s faces, as well as everyone and anyone who supports them. That includes attorneys, judges, and the like.  The country needs us. And for those women who can’t see the problem, you must be hiding. Or you must be a coward. Finally, it takes guts to go and testify in front of a judge. In front of congress. It takes guts. It takes spirit. It takes everything you got. But it must be done. Because when you don’t, others are tortured. I wouldn’t want that on my head. Do you?---Jody-Lynn Reicher
https://www.amazon.com/Jody-Lynn-Reicher/e/B00R3VUZ18/ref=sr_ntt_srch_lnk_10?qid=1418802234&sr=1-10