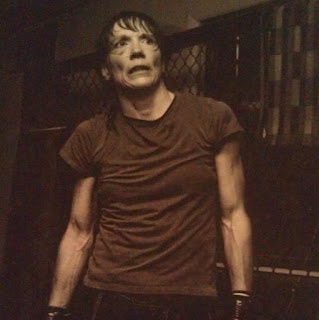 About five years ago my friend and former fight-training partner Peter and I were standing on Jerome Blvd in the Bronx. If you are unaware of the area, it can be a little bit of a rough neighborhood. It was a sunny day. Yet, it was quite cold out. We were waiting for a fight gym to open up.

As Peter and I stood there, a strange man with a wool cap started to walk towards us. I didn’t recognize him. He appeared to be up to ‘no good’. I felt we were his target. I wondered as I saw Peter looking around for others, as we apparently thought we were going to be attacked. So, one would have thought. That is if you were Peter or I in the place we were at. The area was fairly desolate.

The closer the man got to us. Peter began to back up. I got pissed. I stood my ground. I glanced at Peter, I could see the look of uncertainty in his face. And when you’ve wrestled and thrown leather with a guy like Peter who fought MMA in Japan. If he’s backing up, maybe you should too.

However, I’m a little indignant. I’ve been through enough ‘rodeos’ to know anything can happen. And like in the 1976 movie “Network”. Peter Finch plays Howard Beale, a news anchorman being put out to pasture, he rants: “…And I’m not going to take it anymore!” Is what was screaming through my head. As well, that would be me. So, as uncertain as I was at the outcome on Jerome Blvd that day. I decided I would take my fear and get righteous. The rage built up so quickly in me, there would be no stopping what I would do to a criminal at that moment. I was that pissed.

The man saw me. He went to say something a criminal about to do something would say.

I said, “Oh yeah.” I looked him straight in the eye. Peter backed up.
The man then said, “Jody, it’s me.” I replied, “Huh?”  Still thinking we were in danger.  It was Ed. He knew me. I hadn’t seen Ed in a year and never with a hat or wool cap covering his head. As well, I don’t think Peter ever met Ed.
I scolded Ed, “Don’t do that. I was going to attack you if you got any closer.”

A minute later he walked Peter and I back to a car that had a friend and co-worker in it. Peter knew who Bob was.

Ed relayed to Bob, “Jody, didn’t know who I was. She was going to fight me.”
Bob replied, “You don’t mess with Jody.”

Going back two years prior to this, Bob had taken me out for a cup of coffee to talk business.

He remarked, “You are so different when you’re around your kids and your husband.”
I replied, “Well, you know that’s who I am there. I can’t let them know who I am within twenty-fours of a fight. I don’t want anybody I love touching me. ”
Bob shakes his head, jaw dropped. As he had seen me in so many facets of my life for years. He responded, “You’re like Dr. Jekyll and Mr. Hyde.”