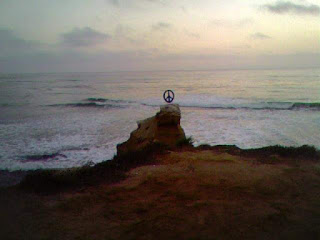 I've heard how great these generations that came before 1980 were. It's nice to hear someone honor a generation other than their own. Conversely, I find it ill-advised to throw the baby out with the bath water on a whole generation. It shows me ignorance, short sidedness, arrogance perhaps. And I sense as well, jealousy.
Why would anyone want to be jealous of a generation because they aren't lacking things that you feel you lacked in your childhood? Why would you call someone soft, who actually made that smart move to work exact hours that they were employed for? Or they called in sick because they were smart enough to recognize that their illness was contagious, as well realizing they may be less productive if they’d arrived to work sick?
The put downs I've heard about Millennials are unfounded. They are often contrived as well as derived from a lack of understanding of a generation that has grown up in a different age of science, medicine, technology and the like. There have been more education requirements placed on Millennials and future generations in these United States. As well, as comparatively to any other generation entering our education system before them.
In my day you rarely received an education outside of your home before kindergarten. Now it’s a must. It starts not one, yet quite often two or three years prior to kindergarten.  And if you don't have your child prepped early before kindergarten with that education, and might I add socialization, they may most likely be at a loss. A loss that may take years to gain enough speed to reach their potential in both socialization and education. Also, one that may not be readily witnessed or realized till they are in their adulthood when it is too late.
The absurdity to pin laziness on a generation you don't understand. Much less try to understand is preposterous. My guess is that you were that petulant child who thought they knew it all. Because you did it ALL. Knew it ALL. So, you have thought. ALL? When it came to Drugs, Adultery, Bigotry, Xenophobia, etc…  I’ve had people hold this over me, because I was a goodie-two shoes. The people that hold that over me, most of the times are jealous because they think they know more than I do. Because I wasn’t the rebel child like most teenagers were in my Boomer generation. Yep. And they despise me for it. I know, I’ve gotten the blowback.
When those reactions of negativity arrive from others aimed at the Millennials, such as calling them lazy and other things of that nature. That tells me, you actually regret how you acted, or chose to when you were their ages. And or now it’s coming back to haunt you. You see the opportunities that are presented today for those Millennials and the generations after. So, you allow yourself to become disappointed, instead of reveling in their world. A world which has its problems. As well, a world the generations before them, only had to contend with under five billion people on the face of the earth. It was three point six billion people on this earth when I was born. Now, its nearly eight billion people that currently live here.
I’ve seen the light with this Millennial and after generations, I can’t fault them. I can’t fault them because the generations before them had its challenges. Such as people not excepting divorce, illnesses and the like. This new generation born of the early 1980’s till 1996, has been subjected to the turn of the century technology. A wicked swing of events in the world of technology. A wicked swing of learning to accept what their past generations WOULD NOT. As well, learning to ignore and or compartmentalize the tragedies within their own world, such as divorce, slander, higher rates of competition for most jobs, recklessness by the powers that be in their faces that their parents could have never imagined. Yet the politicians, big pharma, chemical companies, and others all know what they are doing. And the millenials may just understand it better than any other generations at this point and time.
What I will say to those who hang onto the reigns of their power now. As they hold on by and large through deceit, jealousy or otherwise. You’d better let go. As well do it kindly. Because this generation will whitewash you out of history or will make your future generations disdainfully poor and disdained for eons.  So, for those of you who want to be king.  Who think they will live forever in our hearts. Think again. Reverse your wickedness. Move over. Let there be peace. ---Jody-Lynn Reicher
https://www.amazon.com/Jody-Lynn-Reicher/e/B00R3VUZ18/ref=sr_ntt_srch_lnk_10?qid=1418802234&sr=1-10