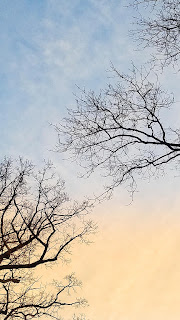 Every once in a while, you meet someone who you never thought would become a friend. And then something magical happens. I have a few close friends. The friends I have now are few and they are older than I. Older doesn’t always mean wiser. It all depends on how they have lived and how they live  currently.

Two of my dearest close friends, appear nearly complete opposites. Yet, they have a few things in common. First, I met both of them after a race. Second, is they are both long distance runners. And next, they have open mindedness. Such the open-mindedness that has surpassed nearly everyone I’ve ever known in my life. I find that fascinating.

Their differences are their lives. One is married, and has six children. As well, she is a grandmother. The other, never married. He stated to me that he never had the urge to father a child. Both of these friends are as honest as the day is long. That is gratifying to me.  A rarity in any realm, of any culture, of any time period in human history. One lives in the Midwest, while the other lives down south.

One more similarity is they are generous. As well, these two friends did not meet until June of 2003. One was driving up from a vacation with two of her grandchildren. And the other was about to move out of my state and move down south. One that is a grandmother has been my friend going on twenty-eight years this October. The other has been my friend going on twenty-two years this October. These two friends who know me even better than most people who call me their friend, hit it off that day in June, when I introduced them. I had us meet together at a restaurant that is no longer currently where it was that day. It moved many towns over. Basically, we could have talked and shared ideas and experiences for hours on end that day.

My one friend who’d never gotten married has accomplished remarkable feats, as anyone knowing him could acknowledge. Both of these close friends, feel good about themselves.  Both are happy for others when they accomplish anything, pretty much. So, this brings me to a day back around October 2001. A friend of mine, who’d I gotten to run our first forty mile training run with. Opened up his first of two running stores. My husband had just come back from TYD, Tom Brunetto’s first running apparel store. “You got to go and check Tom’s new store out!”  My husband was all excited.  I assured my husband I would take a fifteen minute ride up to Montvale where Tom’s new store was located and check it out.

Two days later, a sunny Saturday I drove up to see Tom’s new running apparel store. I entered the new store. IT WAS AWESOME!!! It was a RUNNER’s PARADISE! And on top of all the incredible merchandise and variety. My running friend, Tom had done his dream. I was OVERWHELMED with JOY! I was so proud. Yet, as well, I felt like I made it too. Tom’s success, made me feel successful. I was on CLOUD NINE. Someone I knew was now achieving this incredible dream as a runner. After I hung out at his new store for over an hour and purchased over two hundred dollars worth of stuff. I felt so high. It was incredible.

Soon, I left Tom’s new store to go home and make dinner for Saturday night. As I sat in my car, watching the October sun fade, I called my closest of two close friends, Dante.

I said, “Pardon me if I cry.  But I am so happy. Guess what?!”
Dante replied, “What happened?!”
I answered, “Tommy B. He did it. He did what you and I and others who think like us, did.” I paused then chirped, “He made it. He’s got the most awesome running apparel store. You got to check it out! You just have to.”
Dante replied, “It is amazing.”
I queried, “What? You haven’t been to the new store.”
Dante remarked, “No. I’m amazed at how happy you are for someone else’s success.”
I replied, “But we should be.  Because it’s like he’s me and you. And like all the other dreamers in the running world. The ultimate dream.” I paused then yelped, “God it’s paradise!”
Dante commented, “That is wonderful. But you see, most aren’t that happy for others accomplishing something that they would like to have accomplished. I can feel your JOY through the phone. And that is wonderful and amazing.”
Afterword... Tom Brunetto has since passed in late 2014, Tom Fleming passed mid 2017. As well did  my husband pass in July this year, 2020. I almost lost Nina in late June this year, as well. The beauty is Dante and Nina are still alive, open-minded, honest as ever they have always been and running. Nina just coming back from an accident that should have killed her this past June. I think Nina's tragedy this year, was the thing that almost broke me. That is how much I love people, especially when they are my friends... But even when they aren't.---Jody-Lynn Reicher
https://www.amazon.com/Jody-Lynn-Reicher/e/B00R3VUZ18/ref=sr_ntt_srch_lnk_10?qid=1418802234&sr=1-10