I Called For Backup 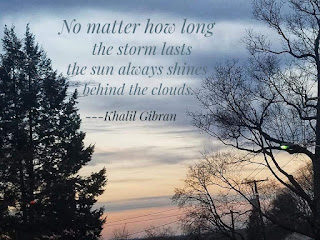 I Called For Backup
It was June 30th, 2012, a Thursday morning. My husband off from work was edging by our sidewalk. I was getting ready to run to start a five hour training day on my regular work day off.  Our daughters were off from  school for the summer and sleeping in.
A neighbor was out walking, as my husband said, 'hi', to her. He also asked about her husband. He had not known what had transpired in their lives that year. She stopped and said that her husband was dying. He wasn't going to make it much longer. It was a matter of months, to the point they moved her daughter's wedding from October to August.
I overhearing this as I was stepping outside to go for my run. I responded  acknowledging  her dilemma. I responded, "I will pray for him."
I was devastated as I ran I prayed. Then after a mile. I stopped my watch, standing on the sidewalk of a bridge, I pulled out my cell phone from my back pocket of my running shirt. I called for backup.
First, I called a priest and made a prayer request. He said he would for my neighbor. Then I called a minister, she said she would as well light a candle for him. The next day I had a client who prayed a lot. So, I made the request to her as well. Her and I prayed together in my office for my neighbor.
Three weeks later the wife walking by our home again. I saw her. I asked how her husband was.  She stated, "Well the scan last week showed 80% of the tumors were gone. The doctors can't figure it."
Time passed. Our youngest and one of her friends went trick or treating, me escorting them. Soon we arrived at that neighbors home the kids rang the doorbell. My neighbor's  husband answered. He looked good.
A year later, it was Halloween again. Our youngest again had me escort her. The neighbor's husband again answered the door giving out candy. He looked healthy.
A month ago he and his wife were out walking briskly about two miles. I thought about this today as I ran. I thought to myself, 'I'm glad I called for backup on that...'---Jody-Lynn Reicher
Afterword: He and his wife now nearly a decade later past the DOD that doctors predicted. Are still walking together every day around our block.