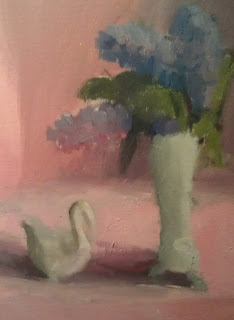 I contemplated this a bit. Most of us, perhaps not all of us go through this. People who are no longer friends. Sometimes, it is because of lack of being in touch. Some people are sensitive like that. I’m not so much like that. For me there are other tell-tale signs that I should cut the friendship off and consider them as someone I once knew. It is because they do something not once, not twice, yet repetitively in an insulting way to you ‘their friend’.

When I was younger, I took the hits from the people I called ‘friends’. It was strictly to be amicable and show compassion not knowing what part of their lives I may not be aware of. However, I’ve become ever more private. Which for me, I honestly do not know if I can become anymore private, without complete hermitization.  Social media does bring me out to play. And on my runs, I wave to the mail delivery person, the sanitation workers, the public works workers, police officers parked in their cars. Perhaps I see a crossing guard or two and say ‘hello’. Some neighbors, it’s a friendly wave. A rare chat. I high-five this one nearly complete stranger doing his job once a week as he drives on one of the streets I run on. I feel his energy as I leap to high-five him seated in the big truck he drives. Its such a charge.

Speaking of that wonderful energy I receive from a complete stranger, it makes me think. It makes me assess. Taking a step back. I look at who my friends have been. The ones I’ve been the tightest with. The ones I would trust with my Health Proxy. Yep, that’s how I rate a friendship. I had a brain surgeon tell me nearly a decade ago, “You’re such a fatalist.” He’s the only one who has called me that. I usually hear the words, “You’re such an optimist”.   Well, I’m more of the optimist most the time.  Although I call myself, ‘A Realist’.  That’s based on what actually is on my mind most times, that I don’t speak of.

Oh, Health Proxy. I want to know will you consider my wishes? Or perhaps you weren’t listening?  Because I was the one who was listening to you? Or are you angry because you realized you made a mistake in not helping me when you should of? But I said nothing to make you think that? For I didn’t want to make you feel guilty, even when you’ve trashed me. Or are you envious because I’ve accomplished more than you have? Or so, you’re thinking in that realm? And I can’t even go there, or I wish not to.  Or you didn’t recognize that I helped you, giving yourself or another human begin credit for a gift I gave you that gave you more life? Funny, these aforementioned items have only passed through my mind over the past year, truly.

I ask myself, ‘Why are these thoughts passing through my mind now?’ Especially, when I never suspected or would want to suspect close friends of conversely being my adversary.  I’ve had people, who had been my friends state to me alone, “You know the whole the world is against you.”  And they meant it. It was that I disturbed them by my being unfettered by the fact that at times that could be true.  Even when treated poorly over and over again, I forgave. Or I just make believe it never happened. Even when it is consistently undermining me, or our friendship.

Finally, after multiple times when the now former friends have seen I am unfettered by their abrasiveness openly in public, perhaps. Then when I show it doesn’t seem to bother me.  Then they lash out in private, more than once. Oh my, I realize the friend has become my adversary. I thank them. Responding kindly, and I metaphorically walk away. I realize they’ve not grown up gracefully. They’ve lost their hope.  They’ve had their dreams dashed and they aren’t recovering. Even with my being the optimistic friend suggesting they can forge ahead. And what they’re not seeing is I’m seeing them as being successful, yet they aren’t happy. I’ve come to the conclusion I am too kind. It’s not that I’ll stop being that ‘too kind’ person. It’s that I know not to service them with my unconditional energy. As well, to give them that lift that I have needed so much while I was lifting them up and dusting them off. It was so, I could see them rise to their expectations. Even if they left me, I knew it was grand. For I had friends who made it. I wholly wished for their eternal happiness. And I won’t regret that. Because I’ve done the right thing with the correct mindset. Despite them disregarding where I was standing, and where I’m standing currently.----Jody-Lynn Reicher