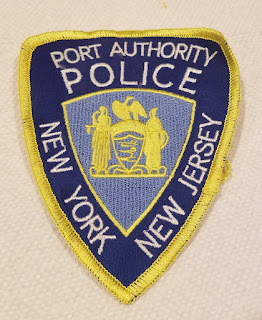 Sorry, I’m Married…
It was my fourth weekend arriving at Ground Zero; the 9/11 terror attack. It was now November 2001. As I walked about a mile or so going through New York City streets with a massage chair, knapsack, and pocketbook strapped onto my back as well as across me. I was grateful to be able to lend a hand. Helping those who needed my help, as they were still looking for the remains of the fallen. Unfortunately, survivors would now be slim to none. Also, as I had the other days I’d arrived at ground zero, I brought some homemade bread and cake into the firehosue. I was to work across from where the World Trade Centers had fallen, at what was now called, ”The Green Tarp Inn”.

In the midst of all this going on, my husband and I were finally going to be parents. We were working with an adoption agency on our first foreign adoption. Although our air was filled with hope.  There was despair, anger and the like that filled the air as I entered the city. I went with a purpose and with a knowing that I couldn’t do what I wanted to do. What I wanted to do, was go to war.  My husband knew it, and mentioned it to me. But I told him, I would not re-up and would follow through on our commitment to one another of having a family together, raising children. It tore at my insides. Yet, I knew to go into a city I knew nothing about and help out, instead of re-upping, picking up a rifle and going to war. For me, I had to shed that idea and accept the promise I made to my marriage.

So, here I was, hours later working in the firehouse across from where the World Trade Center buildings once stood. Buildings I’d never been to, nor seen the inside or outside of. Nor been on the same block of. Yet, now they’d become a sacred burial site for the people who could not escape its collapse. So, here I was doing what little I could to ease the pains. I gave the bread and cake I’d made, to one of the men in the firehouse. He brought it upstairs to where the men had set up their makeshift kitchen area to eat. Perhaps attempting to relax in between their searches that lasted for months.

This one day, now turning into early evening as I worked on an older gentleman, a fire chief. A young thirty-something year old man from the NY/NJ Port Authority approached me. I’d seen him there a bunch throughout the weekend days I’d spent time working on the worn bodies helping the search for the missing. The young man had just come down from the upstairs he remarked, “You made that zucchini bread and that cake too?” I replied, “Yes, I made them last night for you guys.” He continued, “I’d like to marry you.”  I was stunned. Flattered. I knew he was serious.  Yet, I gathered he did not see the gold wedding band on my left hand. I felt awful for him. I replied, “I’m so Sorry. I’m Married, Sir.” He responded, “Oh. I’ll tell you what. I have nothing to give you.  You’re so kind.”  He thought for a second. Paused. Then he smiled and said, “I’m going to give you the patch off my jacket.”  And he did. I was floored.  I thanked him.  He smiled kindly and nodded.---Jody-Lynn Reicher