"Somewhere There Is Peace"


Somewhere There Is Peace…

Recently, I was speaking to my husband one quiet morning in bed, before we got ready for our day. It’s funny how you are with someone over thirty-eight years (married over thirty-five of them); that they never really knew all the experiences that you had.
The topic was loneliness. I began, “Did I ever tell you about when my Mom was really going downhill, when I was a kid?”
He thought for a second, “No.”
I replied, “Well, I was about eleven years old.  And I knew she tried to commit suicide three times before I was born.”
Hubby, “Whoa.”
Me, “Yeah. She told me why.  But I knew other things.  It’s not that she’d forgotten to tell me, it was that she realized I was coming of age.  She didn’t know if she’d be there for me.  So, as a form of protection, she let me know what not to get so upset over. As well, not to ‘sin’ over.”  I continued, “But you see I already understood this, but I didn’t know why.”
[Flash back to November 1973]
My Mom had replied on that day in the rain, walking
down a muddy road after mass, “I should have named
you Hope. How can you have Faith for you and I?” She queried.

“Because I have to.  It’s what I do.” I remarked.
What my mother didn’t know was, I feared her losing her life, from losing her Hope, her Faith. That was one of the reasons, especially in high school that I never wanted to go to school. I feared if I left her, I would be responsible for her death. At the same time from ages eleven through thirteen I was tortured by the kids at our local K-8th grade school.  Everyday was an incident.  And every day I prayed on my walks to and from school.  Asking God to take away my anger.  I wanted to be better, not bitter.  That was my goal.  To be nobler.  To hold to a higher standard. And as a private joke to myself I’d recite the 1979 Hebrew National Hot Dog television commercial to myself as I was in my late teens and even sometimes to this day. ‘I answer to an even Higher Authority,’ that’s why.”
I went on to name some of the incidents and daily happenings of those three years of junior high school to my husband, a High School Teacher himself. I continued, “The teachers did nothing. Things went on the hallways at times, and in the classrooms as well. Nothing was done about it.  As I walked home, I would pray my Dad would not be volatile.  And I prayed my Mother would be alive. When I’d arrived, Dad wasn’t home yet, and my Mother was alive.  I was grateful, because it was what I needed, and I knew so.  You ready for another one Honey?” I inquired.
He replied, “Wow! I did not know that.”
I responded, “Yeah. I haven’t told hardly anyone that about my Mom. You know. I figure everybody’s got something.  So, you see I was alone, but I had God. Knowing how to be alone, helps the loneliness.  Because we are with spirit.  And it’s not that it’s painless.  It’s just that it’s easier to understand.  And you gain the affirmation that, what’s right in front of you right here right now, is not all there is.  There’s more. Somewhere there is peace. Remember when I got MORDT?”  I inquired.
“Hmmm.” He stayed still and silent.
I began, “You know it took my all to leave you and know I may never make it back.  But I took an oath before we were married.  So, I realized like leaving my Mom and little sister that I couldn’t fix everything.  I realized I could not control most things in life. But yet, I had to hold up a promise to our government. So, I knew it was the right thing to do.  Small potatoes, but okay with my soul.”
As we reflected on loneliness and I rattled off a number of situations, many of them he’d not remembered or I hadn’t told him. Many were just like the ones written about on the above lines here. He began to understand that I know I do things. However, I have nothing, I am nothing.  Yet, I reside in this vessel, on this earth here now.---Jody-Lynn Reicher 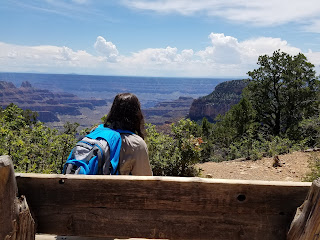