Excerpt from, "Power in the Shadows", a piece sensitive in nature.


Rape is about power, not procreation

The other day, my husband and I were discussing diseases and situations in life, that to me were not worth allowing a living experience through.  I have few regrets.  Yet, many lessons gained from following through and doing what others, society, the law would expect me to do, to a point.  I’ve come to a crossroads, which I can say that intersection I’ve arrived at a long time ago.  And that is where my regrets are.  Long ago and far away.  Yet, close to my Soul.

My regrets were, when my mother did not want me to injure a rapist we knew about.  Yes, I was young.  I knew I could take the matter into my own hands and finish the job, so no young girl would be wrecked, to a life of emotional turmoil affecting her in every way.  I’ve watched people deteriorate from the evils of rape, molestation, whatever you want to call that invasion.

Deep down back then, I didn’t care if I was caught, because you see, I knew the girls he effected.  It has been my battle.  I refrained from harming him, because it’s not just against what we ‘think’ is against our Divine law. However, I refrained because my Mother said not to harm.  She was a fragile person, who had her robust moments.  There were those moments she felt good about herself.  But the diseases that devoured her, were there because of the rapes.  And no not just one, but multiple rapes as a child.  I knew this by age eleven.  I wanted to heal her.  I knew I could not. God reminded me over and over again, that it was not my job to mend her.  Yet, one job I know was to defend her and others and that I will do to my death, even if it causes my death. Which it just might. And if I don’t stand up, I defy the very thing that created me. I defy my Soul.

In our court system which I have experienced personally as an adult, and I watched as a child in my teenage years then out of curiosity. I’d sit there and watch for an hour or so, when police officers didn’t have the time that night to answer my questions on crime.  I’d go upstairs to Judge Stephen Muller’s courtroom and sit and listen to people testifying and hear his rulings.
It was mildly entertaining as a teenager, but I knew to stay alert and pay attention in order to learn the process.  As an adult I learned what I suspected… I learned that white men with power play a game with the victim, who is no longer human to them, yet state’s evidence.  And the victim must obey, no matter the short-term neither the long-term outcome affecting the victim.  For me, in the end I’m still quite uncertain if going to trial and testifying, doing the ‘right thing’, really was right for me.  It is because more than two decades later, nearly now three, I realized the white men in the newspapers leaned toward the defense of a white man. Why? It was great news for them, I guess.  Yet, I didn’t know it at first, till I was in the heat of the battle, testifying. Testifying for my dignity, my safety, and the safety of others.

Then it hit me hard thirteen years after I or should I say, The State won the case. The rapist was behind bars, yes.  However, a semi-retired newspaper man who’d written on the case, followed it; then followed me over the coming years, suggested he write a book about the case. I agreed in hopes it would help others to understand the length and breadth of what happens to a victim.  My case was a little different than some of the other cases of rape, few make it to trial and quite often most don’t.

The difference was the physical damage was more than we knew at first; and then I was shunned, by most, including family. Imagine that?  There was no dignity. There was no recompense. There is no real standard for a girl or a woman of rape. I’m not here to caress a man’s ego.  For this is not about an injured man or injured men.  I’m done with that notion. I’m hardened and grateful that I am.

I’ve had long discussions with my internist at times.  He has known me since the end of 1998. Usually, they have been discussions about nutrition and things I’ve discovered being in the realm of helping chronic pain patients. A job I chose, because of the damage I sustained from the abduction, beating and rape that occurred in my life. For over decade after the attack I had problems being able to sit down for any great length of time, that was only one physical problem from the attack I’d incurred.  So, after over a year of pain, I decided to change my career from a desk job in defense contracting working in finance to the job I do now, where I stand most of the time for a living.

The physical scars and pain are somewhat better.  I hide much.  I drive my body hard. I do that to shove the evil of the attack and sexual assault back in the faces of justice and the men who play these games.  And to a society who heard me and did nothing. Rape and incidences of rape and other violent acts against women are on the rise.  There are men who do want to keep women down.  And if you don’t believe that; you haven’t really read the Bible.  Rape is rape.  Rape is murder. Rape is not meant for procreation.  Rape is about power.  ---Jody-Lynn Reicher 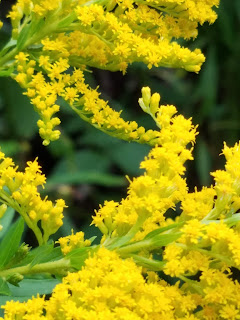