After hearing of the death of Dwight Ritchie today on social media, I wondered what was the cause. What was it about his death after a sparring session. I wasn’t there, so I can’t imagine whether it was multiple hits, prior to his death. It was reported that his death was related to his taking a body-shot in a sparring session. He apparently walked back to his corner and then eventually collapsed. Dwight Ritchie was unable to be revived, then he passed.

I didn’t think to look back and see the history of how long he’d been training in the ring.  I just knew he was a high-end professional boxer. Right there that tells me enough that he knew what he was doing. Or at the very least, he knew the consequences of what he was doing.

Thoughts ran through my head today, as I went about my daily life of a non-regular work day. A day I would train, watch our oldest daughter’s volleyball team’s match against another opponent. A day I would shop a little for the family. Write a bunch on my next fiction book series and answer emails, return phone calls for my writing business and my regular therapy business in a relaxed state.

I’ve loved the sport of Boxing since age four, 1966, just to give you an idea of just how much I’ve enjoyed watching it and then eventually partaking in the sport of boxing and fighting in 2009, late in life. I got a late start on my training today. I went for a ten mile early afternoon run. On that run, is when my mind began to beg me to process more of the fighting and boxing I’ve had a passion to spectate and to partake in as a fighter as well in assisting my coach Phil in the past as a cornerman as well. It is indeed exciting and invigorating. It is guttural. It tears my insides and puts them back together.

In what may be considered stand-up fighting, such as boxing, MMA and the like, my not partaking in it this year drives me a little bonkers. Yet, I know the injuries fairly well. I know the bad shots. As I ran today, I remember the very common thing in training Phil would have me do with the men in his gym. I remember the shots they’d throw, my head snapping back or twisting and torqueing, and my not feeling anything. Yet, knew I was hit. However, I’d march forward into more of the sometimes slaughter, unless that is I wore them down with my face, my body, my drive and my willingness to never appear fatigued.

Then came the body-shots. I used to make certain, even if it were pad work with some young man, even a teenager who was only thirty pounds heavier than I, that I would encourage them to throw body shots, liver shots while I stood there open to the shot, lifting my elbows as to not harm the guy throwing the body shot. I would take all I could to the body, hoping to capitalize on their enough brute strength just enough to not break my ribs, but yet to tax my liver. I wanted the ability to handle liver shots in my competitions. I would take open shots during pad work, till I would feel I was going to break a rib or I was going to throw up. I’d put a bellypad on when the guys started to practice throwing knees to my body, after ten or twenty knees to my body, I’d have to take ten to twenty seconds off or I’d puke.

As I ran today, I reminisced of direct shots to my chest, one in particular as a young man would be sparring with me, back then he was sixty to seventy pounds more than I. He’d landed a kick that nearly made me sink to the mat. I could feel myself almost leave consciousness with a blow to the chest, two guys resting on the side saw the look on my face. I saw their looks of shock as they asked me, “You okay?” Even if I wasn’t, I’d remark, “I’m Okay.” Then after twenty seconds we’d continue, only this time I bum-rushed the kid, reading when he’d throw that same kick to the chest.

Then, today I remembered my first heart shot. Phil threw it clean.  We were wearing four ounce gloves, it was a Wednesday evening at about half-past nine, in his basement. It landed so solidly, a feeling of electrical shock hit both my arms to my hands and both my legs to my feet. I could not control the force of pain that scattered through my chest. I wanted to stay standing; yet the force made me drop to my knees in a scary forceful wonderment at the same time as I went to gasp, “What the hell? How did I feel all of that?” Phil answered, “That’s a heart shot.”  I took a few seconds and gradually came to my feet. I felt that it had to be a minimum of fifteen seconds that had passed since the shot. I saw total annihilation of my being unable to move, or even to force myself forward, not even having the ability to reach out to grab for Phil’s legs or feet to attempt a last effort takedown.
No head shot, no shin to the mouth, no knee to the jaw, kicks to the head that I’d ever experienced had ever delivered that much stop ability then in 2010.  Other then, that same stop ability as my first liver shot was delivered to me on Thursday, February 26th, 2009 from a one hundred eighty pound Muay Thai fighter. Which delivered broken as well as dislocated ribs and torn intercoastals would be all I have been able to compare that heart shot experience to.

There’s a sick feeling you get when your body is hit over and over and over again. You learn to swallow it or sink to the canvas. My guess is Dwight Ritchie swallowed it.  The jury is still out on what truly caused Dwight Ritchie’s death. Yet to me today it is at least the fifth death of a Boxer this year. I cannot recall but one maybe two deaths in the ring from 1966 through 2018. To me, this is unusual, yet with the violence as part of combat sports with striking it may seem logical. I can say one thing, that fight training is usually harder than the actual scheduled fight itself. 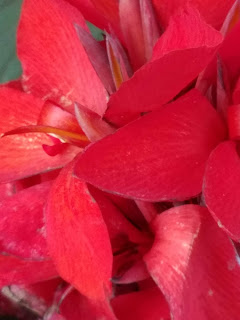