From "Power in the Shadows" 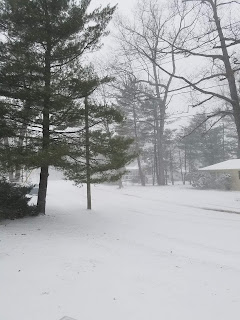 It was May 1980. My parents had been separated for quite some time. Very little money was coming in. My brother had left home, living elsewhere. My little sister was just age four and I had received my driver’s license just two months prior. I was in my senior year of high school and was to graduate in about a month. My mother told me it was time for me to get a car. I had only one hundred dollars to spare. Mom told me that she had a hundred dollars to donate to me getting my first car. I’d pay her back, I promised. She paid the car insurance that I was an add on to as well. So, I paid my mother’s three hundred  dollar a month mortgage every month till I went into the Marines many months later.

Then threw in what ever money I had ever saved before I left for Marine Corps Bootcamp.
We were pinching pennies, as my mother worked two jobs, I was finishing school, my sister was in day care when both of us were at work and school simultaneously. She really needed me to buy a used car and how.

So, one day I heard a classmate, Dave was selling a car. I spoke with him about it in between classes
when I saw him. He said, “It’s a 1971 Dodge Coronet. Got Police Sway bars in it. I’m the third owner.” I never asked the mileage on the car.  I told him I had one hundred dollars that I knew I could spend. I then asked Dave, “How much?” He replied, “Well, let me show you the car first.”  I agreed and made arrangements for my mother and I to meet Dave and take a look at the car and ‘talk turkey’.
My mother was thrilled that the car may be affordable to us. We got there and looked at the car. She ran smooth for sure. It had a V-8, was a 318 cubic inch. He said, “Since I know you. How about two hundred dollars?”  I looked at my Mom. She said, “Sure. Okay.” So, we bought the car.

That car had issues here and there but for four years it did us justice. I’d come home from the Marines and when I wasn’t using it, my Mom would. Especially, when her 1974 Ford Gran Torino wouldn’t turn over. I called my car, ‘Nellie’. I can’t remember why.  I just know one day I was driving in a snowstorm, I had just finished my time in the Marines, it was December. I was determined to get to the new mall in Paramus and buy all I could for my little sister and my Mom. I’d gotten some bonus money for Christmas from my boss. It was found money I never expected it.

So here I was sliding on the road and praying, “God I know this is crazy, but really need to buy great stuff for my little sister, so my Mom doesn’t have to.  Please help me. Com’on Nellie. Com’on baby I know you can do this.” I’d repeat this pseudo prayer over and over again. Saying, “Oh God. Help me.” With every scary slip on the roadway to the mall. After that the name Nellie stuck on the car. My now husband I was dating, he loved the car. He would polish the car and ask to take it for a spin.

Finally, one day as we were to get married, my husband said, “You know we need to get you a new car.”  I felt as if I were betraying another human being.  I hoped deep down that the universe of the car world would forgive me. In some way I had become so attached, sort of like a young child is to their first binkie or favorite stuffed animal.

Soon, we had to hand over my 1971 Dodge Coronet to our mechanic for someone else to use. Norman had bought us a new car and I was the one honored with driving it. Many years later in November 2005, Norman and I then married over twenty-one years attended my twenty-fifth high school graduation party. It was November 2005. We had just arrived back from China with our second child, and didn’t want to be out too late away from our two little children.

We arrived early to the function, and as we did there was a man sitting in the lobby of the hotel and convention center where my class reunion was about to take place. The man, who looked nearly the same as he had all those years ago, was Dave.  The same Dave that I had bought my first car from. “Dave!”  I exclaimed. “Norm, this is the guy that sold me the 1971 Dodge Coronet way back.” Dave looked stunned.  Actually, he looked almost scared. “Oh Jody…” Dave thought he owed me an apology.  He didn’t Norm smiled brightly and said, “What a great car! God I loved that thing.” I commented, “Dave that car lasted me and my mom four years. I really had a tough time parting with it too. Nellie was grand.” Dave went from fear to disbelief, “I thought I sold you a piece of junk really. You know I knew the miles were rolled back on that car.”  I replied, “I thought they were.  But it worked.  It was a great car Dave.” The three of us chatted more, laughed and reminisced of a few incidents in high school before the reunion got started.---Jody-Lynn Reicher
https://www.amazon.com/Jody-Lynn-Reicher/e/B00R3VUZ18/ref=sr_ntt_srch_lnk_10?qid=1418802234&sr=1-10