Jody-Lynn Reicher, who started running in 1976, served in the U.S. Marines in the early 1980's. She went on to become a marathoner setting her sights on Olympic level running. After tragedy struck in 1991, she ended up having spinal fusion surgery which diminished her goal of Olympic marathon racing. She thus went into ultra-marathon running, changed her career from finance/accounting to provide massage therapy and bodywork for medical purposes. She deals primarily with pain patients, and injured athletes in her therapy business.Jody-Lynn in changing her type of running to accommodate her physical damage then became a Badwater Ultramarathon Veteran, three completions of the original course 2002,2004,2005. She is currently still runningJody-Lynn is currently working on a non-fiction book, "Power in the Shadows", as well as the fifth sequel of "How To Ruin a Pearl" a novel, "The 19th". She is working with a former Professional Boxer Gina Marie "Boom Boom" Guidi, on Gina's Memoir. She has written over 300 pieces of prose in the last five years as well. "Anger Love, Rage Peace"" a novel has just been released. "Anger Love, Rage Peace", is Jody-Lynn Reicher's ninth book published. She has released her novel, "No Fury Like a Woman", which was published February 2019.Jody-Lynn Reicher is still in the throes of a non-fiction book series, "Two Girls Talking...and God Listening In", she has been working on to get it published by mid summer 2020, it is going to be a four book series. Her fifth book, "Therapy On the Run", was published April 2018. Her works of prose and life experiences that prompted such pieces are being sporadically worked on in a book she has titled, "Essential Thoughts". That is projected for early 2021.As Jody-Lynn Reicher works, researches and writes she prepares for speeches, such as one she performed a short speech at "Woman at the Crossroads", on the evening of Wednesday, March 27th, 2019 at Goddard Riverside Bernie Wohl Center, 647 Columbus Avenue, New York, NY.In 2004 she set up a charity venue. In lieu of that while running on a treadmill for 24 hours, she set the Women's 24 Hour North American Treadmill Record in 2005. In 2006 for charity, Jody-Lynn raised $20,000 for "The Mary Therese Rose Fund", running down the west side of New Jersey 212 miles in fifty-five hours and forty-nine minutes with a mere one hour and forty-nine minutes sleep within that time frame. In 2008, she created a six day event of running throughout New Jersey, to raise funds for five charities covering 372 miles. Jody-Lynn was conferred in September 2008 The Chapel of the Four Chaplains Award for selfless service.She ran into another bump in the road and upon taking self-defense (You Tube on Self-Defense Link:( https://www.youtube.com/watch?v=WYBFH42N2Qg ) with Phil Dunlap; then encouraged by her husband, Norman, she became a MMA Fighter. Which helped in her writing her fourth book April 30th 2017 "Not Exactly Don Juan...and The Liberated Woman", it is about the training she went through and the men involved.In 2014 Jody-Lynn had her second book published: (see "Reaching God's Perfection...Stories of Gratefulness, BOOK TRAILER: https://www.youtube.com/watch?v=08QTQgxumSc). Jody-Lynn's third book, "Priceless in Changsha" February 2017 was a non-fiction book written to not only show what it took to adopt from China; yet also showed the emotional aspect of others effected in the process as well.She was also trained in Boxing by Mr. Steve Bratter at YESS Gym in Dumont, NJ in Boxing for her fighting career for two years May 2016 through mid 2018. Jody-Lynn was recently featured in the "201 Magazine" May 2017 issue, Sport section. Jody-Lynn currently trains at Silver Fox BJJ in Butler, New Jersey.Jody-Lynn has had a background in corporate finance and accounting fields. She began to change her career in 1992 and switched over to full-time in 1994 as a therapist and owner of Fine Tuning Therapy, Inc. She has done inspirational and thought provoking speeches at a variety of places, such as hospitals, schools, universities and the like (See You Tube "Resistance is Futile" https://www.youtube.com/watch?v=XQ9Vwo3OkaU). Jody-Lynn now resides in Northern New Jersey with her husband, Norman of over thirty-five years and their two daughters.For speeches and contact, Jody-Lynn Reicher may be contacted through Facebook messenger. her main page is Jody-Lynn Rainman Reicher. 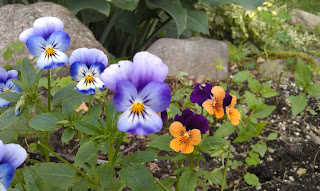