"How To Ruin a Pearl"


"How To Ruin a Pearl", addresses sexual assault on a variety of levels.  The novel addresses the combing process, the psychological effects that such a violent crime has, not only on the victim, yet as well of loved ones.  It also addresses the sociology of how many people may act, especially other women who show disgust aimed at the victim, who was once their friend.
The ripple effect on medical staff, especially during a combing process of the victim.  The novel demonstrates how investigations like these may be handled. As the story progresses, it addresses ways the victim, Jackie, works on salvaging whatever she has left.  She slowly realizes , her world has been gutted.
Her use of humor to survive, and also learning how to empower herself by maintaining the very outlet she was doing when the incident occurs. Ignoring the naysayers, maintaining normalcy at work and adding self-defense and karate to her new life.  Majority of the Novel surrounds the time-frame of the years 1989-1990, yet also addresses years as far back as 1666 in her family.  As Jackie recons with her past, and her family's past history of the violence of domestic abuse aimed at women and children.  She discovers these abuses told to her and some seen to be true It is after her maternal grandmother, Martha-Anna has passed which occurs seven weeks before the sexual assault. Jackie is bequeathed a box with the family's relic, a Antonio Stradivari Violin from 1667. As well, as letters from the past, that are quite damming.
The purpose of the novel is to bring to light the topic of sexual assault, domestic violence, abuse, and other crimes against children and women. Abuse and violence come in many forms, and they need to be addressed, even if the subjects make us feel uncomfortable. 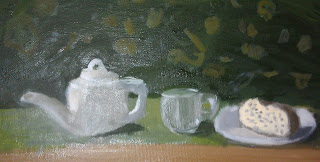